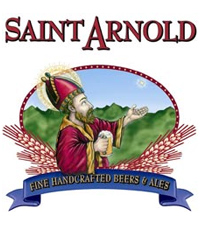 Saint Arnold also announced the completion of distributor agreements for markets along Colorado’s Front Range, which include Coors Distributing Co. in Denver, RMC Distributing in Colorado Springs and High Country Beverage in Loveland. The brewery’s personnel will be easy to spot from Fort Collins to Pueblo in its Subaru Forester art car painted by Houston graffiti artist GONZO247.

“Colorado is only the second state outside of Texas that we have expanded to since opening Saint Arnold 19 years ago,” said Saint Arnold Founder/Brewer Brock Wagner. “We love the beer culture that exists in Colorado. Our mission is to brew great beer and build community, and we believe this meshes well with the existing craft beer environment along the Front Range.”

In addition to next week’s kickoff party, Saint Arnold plans to be highly visible at the Great American Beer Festival in Denver, which runs October 10-12. The brewery will construct a chapel at its end-cap booth (Booth 0-1) and perform weddings during the event, which draws 49,000 craft beer fans.

Established in 1994, Saint Arnold Brewing operates out of a 104,000 square foot 3-story brick building originally constructed in 1914 that sits on the northern edge of downtown Houston. Saint Arnold’s brewhouse, which was imported from Klosterbrauerei Raitenhaslach, a Bavarian monastery, has an annual capacity of 90,000 barrels. Daily tours and special events attract 100,000 people to the brewery annually, making it one of Houston’s top tourist destinations.

About Saint Arnold Brewing Company
Saint Arnold Brewing’s 16 brews are made and sold by the company’s staff of 53 dedicated employees. Ranked 45th on the Brewers Association list of top craft breweries, Saint Arnold was listed by USA Today as one of the “10 great places to see what’s brewing in beer,” and Smart Meetings magazine named it among the “Top 5 breweries to host an event.” Saint Arnold is located at 2000 Lyons Avenue and its brewery tour and tasting is offered every weekday at 3:00 P.M. and Saturdays starting at 11 A.M. For more information on Saint Arnold’s seven year-roun