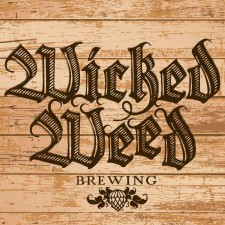 Bottles will go on sale at 12pm, Saturday, March 1st at the Wicked Weed Brewpub on 91 Biltmore Avenue in downtown Asheville, North Carolina. Patrons will be limited to a purchase of four bottles per person at $10.95 per bottle. In addition to bottle sales, Serenity will be tapped at 12pm for enjoyment on premise. There will be Serenity gear for purchase and, weather permitting, live music. Wicked Weed anticipates bottles will run out by 4pm on the day of the sale.

Serenity was the brewery’s first 100% Brettanomyces beer, and only 8 months after opening its doors, Wicked Weed, received the Gold Medal at The Great American Beer Festival for American Style Brett Beer in 2013. Runners up were well known brewing powerhouse Russian River Brewing out of Santa Rosa, CA who took silver, followed by rising star, Crooked Stave Brewery from Denver, CO who received bronze.

It would stand to reason that winning such a coveted award would be the motivation to bottle this particular beer, but according to Head Brewer, Luke Dickinson, bottling sour beers was always the plan.

“Initially, it came down to space. We had the separate facility for brewing sours with a small available space for a small six head filler.” says Luke.

Walt Dickinson, Head of Brewing Operations, added “We also felt that to make sours with the quality we wanted, we had to brew in large quantities. We wanted to build a robust sour program and that meant having options for blending. “Sours and wilds also taste best out of a bottle where they age extremely well and gain complexity.”

To further improve the impact of their first bottling, Brewers Luke and Walt made the decision to import a new bottle format from Europe.

“We are using a unique 500ml champagne style bottle. We are the first brewery in the U.S. to utilize this style and size bottle. Much like our beer, we want to stand out and push the envelope, and that means being intentional with our bottles and labels,” says Luke. “It will also give us the ability to employ secondary fermentation within the bottle, and build up a good vintage collection here.”