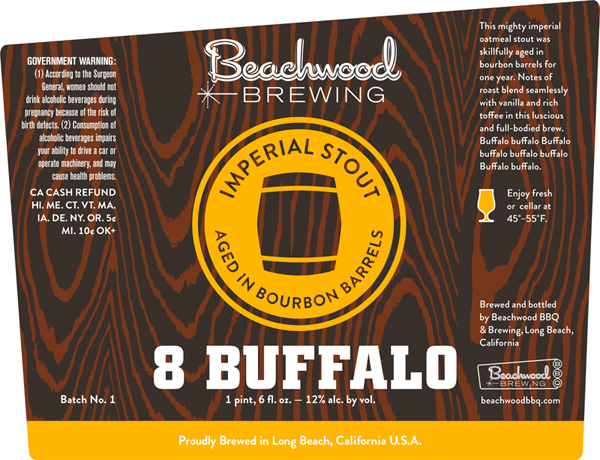 “Developing a barrel-aged program has been something we’ve been talking about since we opened our doors,” says co-owner Gabriel Gordon. “8 Buffalo is an awesome way to kick start the 2014 series of barrel-aged Beachwood beers.”

As Brewmaster and co-owner Julian Shrago explains, “We are so excited to finally release our first large scale barrel aged beer! It’s been amazing to taste 8 Buffalo along the way, we are very proud of the final blend.”

The limited edition 8 Buffalo Imperial Stout will be released on March 4th at 5pm at Beachwood BBQ & Brewing in Long Beach, CA.

8 Buffalo will be available in 22 oz. bottles at Beachwood BBQ & Brewing in Long Beach, CA.