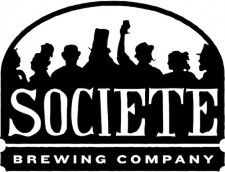 One of the most popular breweries in all of San Diego will be pouring a handful of beers that don’t make it out of county lines, let alone 1,078 miles way. We’re talking about Societe Brewing and we have their list of beers being poured at The Great American Beer Festival, that’s a few days away.

Societe Brewing will be pouring the following beers at the 2014 Great American Beer Festival:

We will be attending What the Funk!? with our friends from Crooked Stave, and we will be pouring The Highbinder, a 6.2% ABV blended Feral beer with Raspberries.

GET THE FULL SCOOP ON HUNDREDS OF OTHER GABF 2014 ATTENDEES