(GREELEY, CO)— In an effort to provide consumers with a top-notch drinking experience, WeldWerks has spent the majority of 2020 working on improvements across the brewery. Beer trials, new equipment and revamped artwork has positioned the brewery for continued quality and innovative beer-making in 2021. 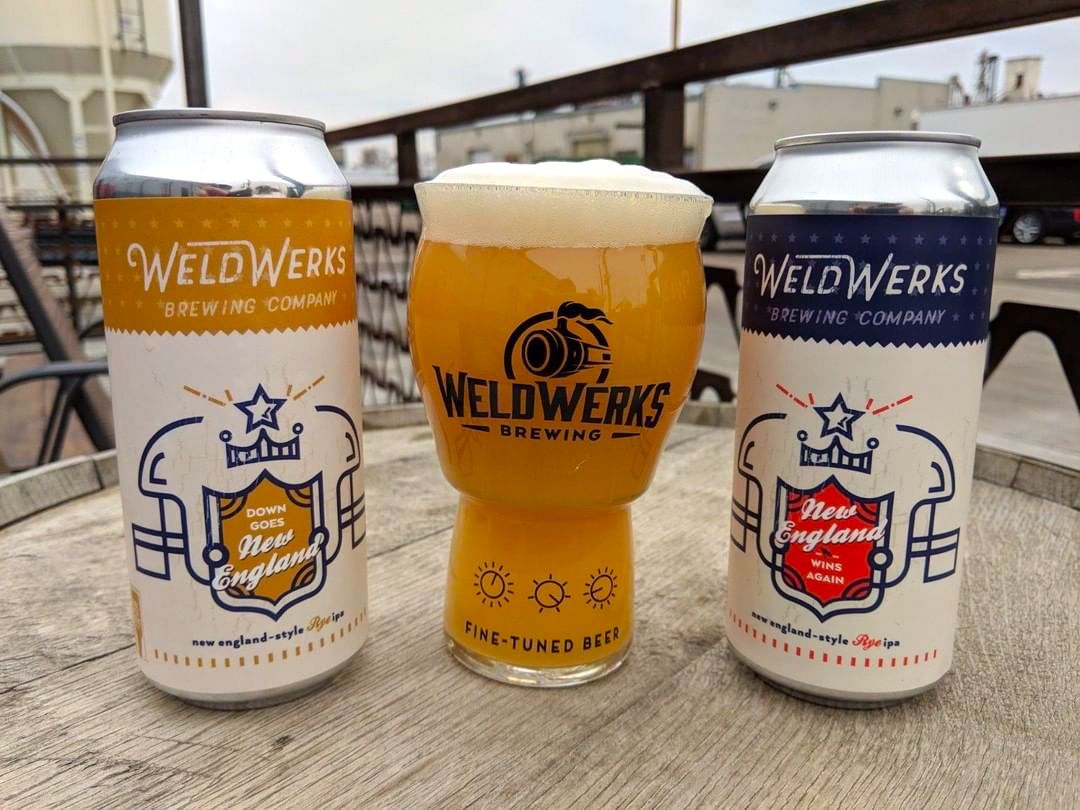 This past year, the brewery conducted small trial runs to improve the quality of their sours, stouts and even Juicy Bits, the brewery’s wildly popular flagship Hazy IPA. For the latter, WeldWerks looked at tweaks to the whirlpool hop schedule, salt, bittering hop, dry hop rate, malt, attenuation, as well as enzyme experiments, to get the product just right.

“Results from these small trials can be fed into other beers and styles, implemented on a larger scale—eventually permanently,” says Arne Garlick, Director of Brewing Operations at WeldWerks. “It is a slow and somewhat arduous process overall, but ultimately results in a gradual evolution to make sure that our beer stays relevant to consumer palates in an ever-changing landscape.”

To dial in on their efficiency and quality, WeldWerks invested in a centrifuge and pasteurizer. The centrifuge separates the beer from the solids, allowing for the hop-loving brewery to capture more beer that would have otherwise been dumped due to sediment and yeast buildup; the clarification process results in an 15% increase in packaged beer. With the pasteurizer, eliminating infections in their barrel aged beers and creating shelf-stable products, particularly for their Froot Camp smoothie sour series, were two of the biggest reasons to bring in this equipment.

“When you’re working with unfermented fruits and sugars, you run the risk of cans having refermentation occurring in package which can lead to exploding cans,” says Skip Schwartz, Innovation and Wood Cellar Lead. “Not only does the pasteurizer help us package our smoothie beers safely but it also gives us an opportunity to expand the ingredients that we can use in our barrel aged stouts, such as raw coconut and real Mexican hot chocolate powder, a key ingredient in our Medianoche de los Muertos.”

The WeldWerks brand has evolved over distinct phases, from early bootstrap years and a brand refresh in 2017, to establishing a consistent brand identity. The brewery has worked tirelessly throughout the years to create a stable vision for its creative imagery; the label artwork process is yet another feather in the brewery’s cap. WeldWerks looked to Rachel Nedrud of Freeline Creative for the design refresh, focusing on a larger canvas for engaging imagery and Nedrud’s eye for watercolor work.

“To help create a more dynamic on-shelf presence, we ‘opened up’ the label template a bit more to allow for a greater proportion of the design to be visible at all times while moving towards more kinetic, eye-catching pattern-work for the enlarged backgrounds,” says Jake Goodman, WeldWerks Director of Marketing. “We are massively in love with the new direction and we’re excited to see where it goes.”

As WeldWerks navigates what has been a tumultuous year for the brewing industry and beyond, the brewery is forging ahead in 2021 with a brand new mural, building upgrades such as office space and an expanded barrel room and updated signage. Stay tuned for more news.

Established in 2015, WeldWerks Brewing Co. is an award-winning craft brewery located in Greeley, Colorado recognized for brewing an array of beer styles including Juicy Bits, one of the most highly regarded IPAs in the country. Comprised of a passionate group of individuals dedicated to bringing innovative and quality craft beer to the community it serves, WeldWerks Brewing has garnered numerous medals and acclaim on the way, including being named the best new brewery in the country by USA Today in 2016 and multiple medals at both the Great American Beer Festival and World Beer Cup. The brewery’s charitable arm, the WeldWerks Community Foundation, is a 501c3 nonprofit that supports local nonprofits through events like The WeldWerks Invitational. At WeldWerks, being “dialed-in” is a way of life, helping to ensure outstanding excellence in craft beer, service and beyond. For more information about WeldWerks Brewing Co, visit www.weldwerksbrewing.com.