(PORTLAND, OR) – Von Ebert Brewing, the award-winning and locally owned Portland-based brewing company, today will release its Helles for the first time in 16oz. cans, along with a freshly canned batch of Agostini Pils. 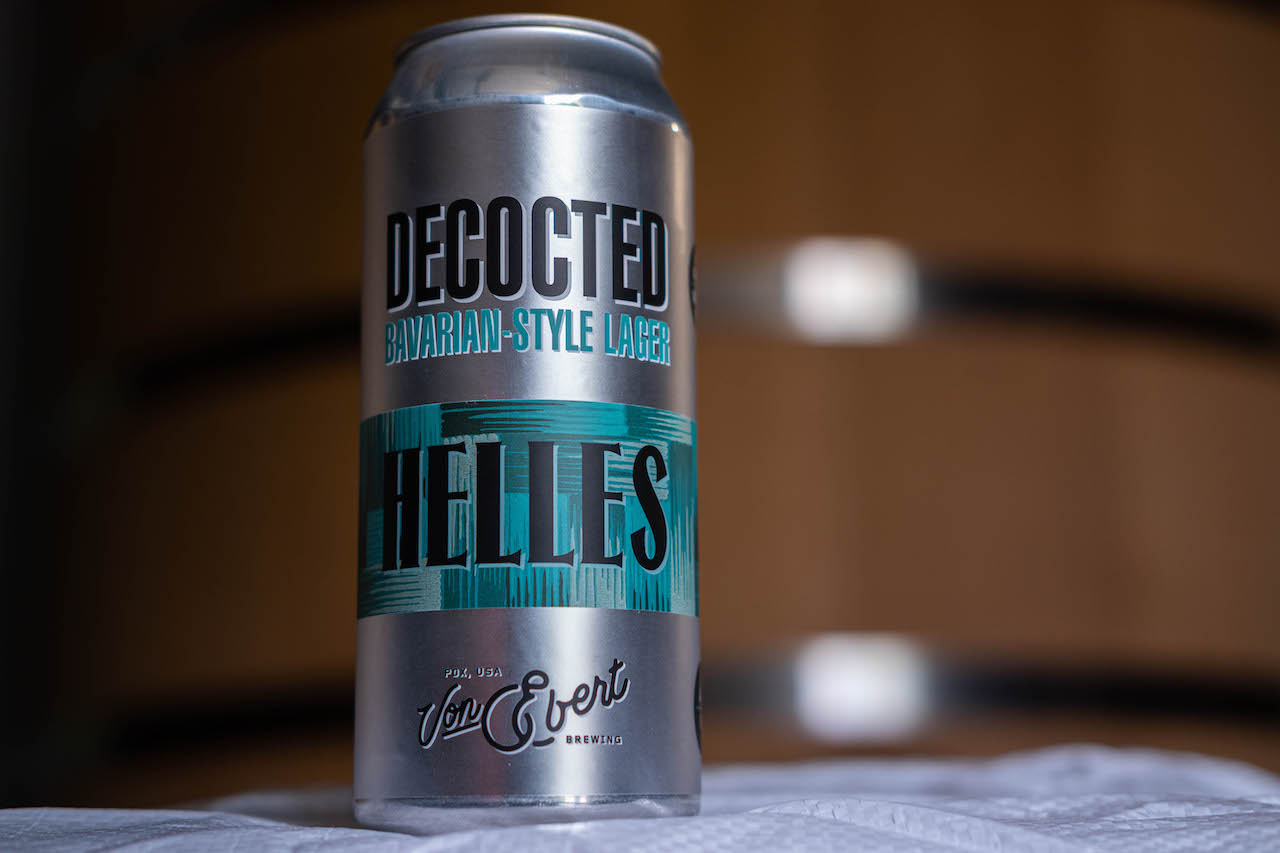 Helles is single decocted with an ABV of 4.8% and flavors of fresh bread, crackers, and a floral herbaceousness. Hallertau Hersbrucker hops were used to add subtle aroma and flavor, but the malt is the star of the Bavarian-inspired beer.

“Having spent a fair amount of time in Munich, and Bavaria in general, I really came to appreciate the Helles style of beer and what it means to the people that love it and consume it regularly,” said Sean Burke, head brewer, Von Ebert Glendoveer. “Complexity is hard to achieve in light beers, but that’s what we set out to do with our Helles.”

Burke continued, “We really wanted to let the malts in our Helles truly be experienced. The first step in accomplishing that was choosing high quality European base malts. To enhance the flavors we performed a decoction, where a portion of the mash is drawn off and boiled, then returned to the mash to raise the temperature to the next mash rest. This produces a more pronounced malt flavor without sweetness.”

Agostini Pils is a returning canned favorite of the Von Ebert team. Named after Giacomo Agostini, the legendary Italian motorcycle racer during the 1960s and 1970s, the 5.0% beer is an Italian-style pilsner with flavors of orange peel and spearmint with a dry, crisp finish.

The brewing team made a few tweaks from previous batches of the beer, improving upon those to produce what they feel is the best batch to date.

“The goal with Agostini Pils was to showcase newer European hop varieties in the dry-hopping of the beer,” said Burke. “We chose the Slovenian hop, Styrian Cardinal, which brought the wonderful orange peel and spearmint blend that nicely complemented the noble hops used in the kettle and whirlpool.”

Helles and Agostini Pils will be available in 16oz. can four-packs today at both Von Ebert locations – Glendoveer and the Pearl – for to-go or delivery orders.

Von Ebert Brewing sits at the crossroads where storied traditions meet bold new ideas in brewing. Independently owned and operated, Portland, OR, based Von Ebert produces award-winning beers in a variety of styles. In addition to modern IPAs and crisp lagers, the oak-aged, bottle-conditioned heritage beer program sets the brewery apart. All of the beers pair perfectly with the elevated American pub cuisine served at both brewpub locations. For more information, please visit www.vonebertbrewing.com.