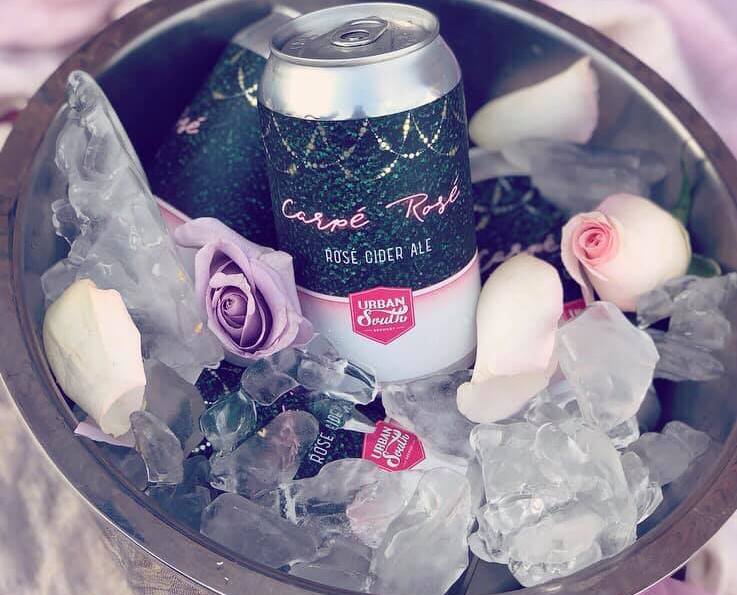 The wins are just the latest in a string of successes for the three-year-old brewery this year – the company recently announced it was opening a research & development facility in Houston, and has grown to become the largest craft brewery by volume in New Orleans, and third largest in the state. USB also placed well in the recent Can-Can Awards for its portfolio of beer submissions.

Additional Details about the award-winning beer:

Lime Cucumber Gose – This spring/summer seasonal is an unfiltered wheat beer with kosher salt that is kettle soured. This refreshing offering features key lime and juice from locally grown cucumbers. Originally a Pilot Series beer in 2017, the popularity of the beer makes it a perennial staple. Available in 6pk cans and on draught.

Carpé Rose –  This Rose cider-ale is a Pacific Northwest cider blended with a light crisp ale and finished on cranberry puree and a touch of peach juice for a crisp cider snap with a refreshing cranberry finish. Carpé Rose is available year-round in 6-packs and on draught.

About Urban South Brewery
Founded in 2016, Urban South Brewery inspires community and fellowship through the gospel of good beer. With deep roots in Louisiana, the award-winning brewery is making its mark in the beer industry. Recent accolades include: 2019 Best of Craft Beer Awards (Bronze), 2019 Beer Army Awards (Gold and Silver), 2018 US Beer Open (Silver), 2018 Can Can Awards (Gold, Silver, Bronze) and 2018 Beer Army Awards (Gold). Urban South prides itself on being strong community partners, and – with a belief that beer is a family affair – the brewery features a family-friendly taproom. For more information, please visit www.UrbanSouthBrewery.com and follow along on Instagram, Facebook and Twitter for all of the latest information on events and new releases.