(Houston, TX) — Urban South Brewery, Louisiana’s second largest craft brewery by volume and the largest craft brewery in New Orleans, has announced leadership for their new Houston brewery, which will open in January 2020. The individuals leading brewing, cellaring, packaging, and managing the taproom and beer garden bring a combined 43 years of experience in the brewing and food and beverage industries. 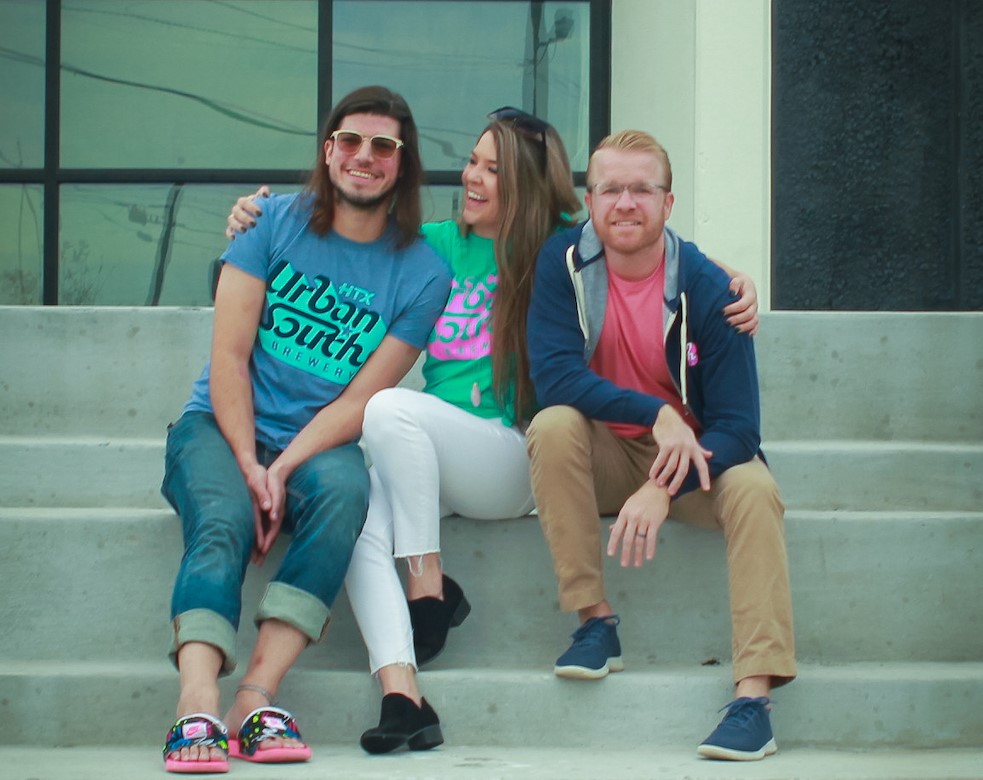 “Our team is what gives Urban South its heart and soul, bringing creativity and passion to everything we do. We can’t wait to build this same culture in Houston with Dave, Justin, and Marin,” says Jacob Landry, Urban South Brewery’s Founder. “They bring incredible breadth of experience, and we’re eager to have them leading our new operation. This is truly a Houston Dream Team, and we can’t wait to unleash their creativity!”

Dave Ohmer will serve as head brewer and general manager. Ohmer brings 17 years of brewing experience at Saw Works Brewing in Knoxville, Tennessee, and Whole Foods Market Brewing and B52 Brewing in the Houston area. Ohmer’s brewing interests include experimenting with various processes to enhance or balance flavors and applying new ingredients to all styles of beer.

Justin Slanina will join as Urban South Brewery’s research and development brewer. He will help formulate new recipes for various styles, maintain the cellar and direct packaging. Slanina arrives at Urban South with seven years of experience from Ghost River Brewing in Memphis, Tennessee, and B52 Brewing.

Marin Slanina will lead the team’s front of house with marketing, promotions, and taproom management. Slanina has experience in the sports and entertainment and food and beverage industries after working at major event arenas in College Station, Houston, San Antonio, and Memphis. She comes to Urban South from B52 Brewing where she was the operations manager.

A new 11,000 square-foot facility including a 10-barrel brewhouse, canning line, a dedicated barrel and blending room, and a taproom featuring a large patio and beer garden are all features of Urban South Brewery’s first venture outside of Louisiana. Located in Houston’s Sawyer Yards, the new location will produce creative, Houston-specific experimental beers.

Founded in 2016, Urban South Brewery inspires community and fellowship through the gospel of good beer. With deep roots in Louisiana, the award-winning brewery is making its mark in the beer industry. Recent accolades include: 2019 U.S. Beer Open Championships (Silver), 2019 Best of Craft Beer Awards (Bronze), 2019 Beer Army Awards (Gold and Silver), 2018 US Beer Open (Silver), 2018 Can Can Awards (Gold, Silver, Bronze) and 2018 Beer Army Awards (Gold). Urban South prides itself on being strong community partners, and – with a belief that beer is a family affair – the brewery features a family-friendly taproom. For more information, please visit www.UrbanSouthBrewery.com and follow on Instagram, Facebook and Twitter for all of the latest information on events and new releases.