(BLOOMINGTON, IN) — Upland Brewing Co. announces an upcoming series release to kick off 2018, which marks the brewery’s 20th anniversary. In addition to a Side Trail IPA series with the return of Juiced in Time, a New England Style IPA, Upland is launching a Tart Series this month. 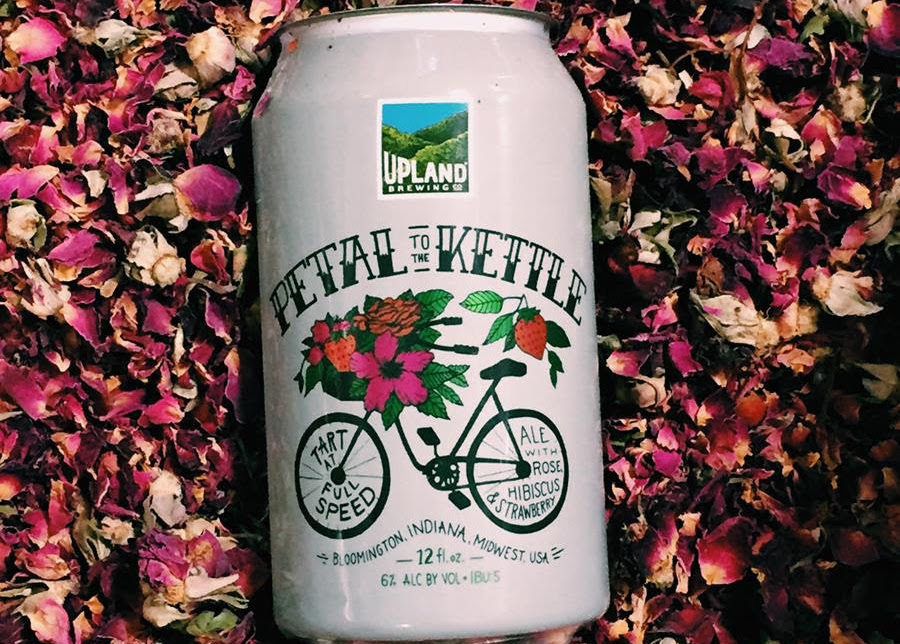 “We like to test the waters with small batch brews and the first two releases in the Tart Series were huge hits among Upland drinkers and brought in some new fans as well. We’re excited to package these beers and introduce a new style to fans as we celebrate 20 years,” said Pete Batule, Head of Brewing Operations.

The series premiere will be the return of one of Upland’s most popular beers of 2017, Petal to the Kettle. This kettle sour is brewed on dried rose and hibiscus petals and strawberries. Always experimenting, this brew requires fermenting wort in the kettle with lactobacillus prior to boiling, to create a clean, crisp acidity without introducing bacteria in the cellar. The brewing process is why this sour is “tart at full speed.” In lieu of bottles for the 2018 release, fans can pick up 12 oz 6 pk cans of Petal to the Kettle. It pours a pinkish purple with a distinct aroma of tart strawberries, lemon, and grapefruit. The tart flavor of grapefruit character is uniquely balanced by the floral notes of rose and hibiscus. Get it on tap at Upland locations in early February and pickup in stores shortly after.

The tartness continues in late spring with the second release, Two of Tarts, a Fruited Gose Style Ale. Inspired by the traditional style that originated in Goslar, Germany, the mild saltiness of the beer is believed to have come from the salty springs near the town that provided water to brewers in the area. Upland adds vibrant passionfruit and mango to the fermentation, creating succulent aromas and sweetness to balance to the acidity. Pouring a bright, golden orange with a translucent haze, Two of Tarts is dominated by the juicy tropical passionfruit flavor. It’s clean, refreshing, and is rounded out by a delicate hint of salt. 12 oz 6 pk cans will be available in early May, and fans can enjoy it on draught at Upland locations near the end of April.

The third release of the series, with name to be released at a later date, is a tart kettle sour with apricots added during fermentation and lactose added during the boil to develop a bold apricot taste with residual sweetness. Dry hopped with Citrus Mosaic, the final tart series beer will be mildly hoppy and give the impression of drinking freshly squeezed fruit juice. It will be released in early September, also in 12 oz 6 pks.