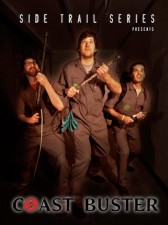 (Bloomington, IN) – Upland Brewing Company announced today Coast Buster, the first beer in their new Side Trail Series, will be ready for release the first week of February. The brewers’ choice beer will be an Imperial IPA brewed with Simcoe, Amarillo, Cascade, and Columbus hops and dry hopped twice for aroma. Inspired by the gloriously effervescent qualities of hop varieties common to West Coast style Imperial IPAs, Coast Buster is Upland’s vehicle for displaying the best of what these hops have to offer: their tropical, fruity, and floral aromas and flavors. Coast Buster will be on tap at all Upland locations on Friday February 7th, and at select bars and restaurants across Indiana, Ohio, Wisconsin, and Chicago in the following weeks.

The Side Trail series was developed by Upland’s brewing team for the purpose of experimenting with new recipes not currently in the regular line-up. Through this program, Upland will periodically release very small batches of new and unique brewer creations in 2014, all meant for the beer drinker with a wandering spirit. These beers will play with the full spectrum of flavor, aroma, color, and ABV. The second beer in the Side Trail Series will be available in late February.

Upland Brewing Company, Inc. is a Bloomington, Indiana-based brewery established in 1998 that specializes in handcrafted ales and lagers.