(ATHENS, GA) – After recently expanding its wood cellar facility, Creature Comforts Brewing Company will begin offering two beers from the program on a more frequent basis. DaySpring and Common Things will be available as year-round offerings in 750-mL bottles from the brewery’s tasting room and distribution footprint. 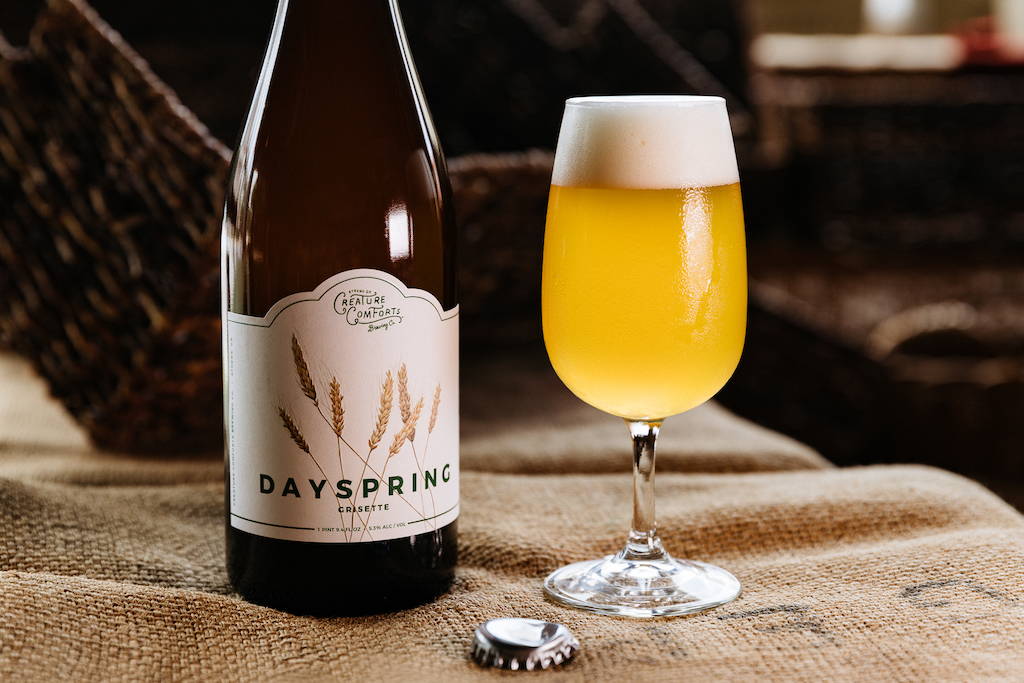 “These core offerings will serve as both an introduction for those unfamiliar with our wood cellar and specialty program, as well as year-round staple offerings for all who have followed along with the program since its beginnings,” said Wood Cellar & Mixed Fermentation Director Blake Tyers. “Both beers are highly drinkable and feature ingredients from local farms, giving each a sense of place.”

DaySpring is Creature Comforts’ traditional interpretation of a grisette made with local wheat. Creature Comforts sourced the wheat used in the beer locally from DaySpring Farms (Danielsville, GA), for which the beer is named. The brewery used the local wheat in the 2015 and 2017 releases of DaySpring, in addition to other previous releases and collaborations. The beer was bottle conditioned and is 5.3-percent ABV.

Common Things is a mixed fermentation saison made with honey from local bees. The beer is 6.2-percent ABV and features Saaz and aged Cascade hops. With each farmhouse-style beer the brewery makes, Creature Comforts strives to incorporate a local tie to the brew. The brewery worked with the University of Georgia’s Honey Bee Program to source the honey from local bees.

Both beers are made in the brewery’s foeders added during its recent barrel facility expansion. DaySpring is currently available onsite, and the brewery will release Common Things on August 20. In addition, DaySpring and Common Things will be available from select locations in the brewery’s distribution footprint beginning in mid-August. For more information on Creature Comforts Brewing Company, visit www.creaturecomfortsbeer.com.