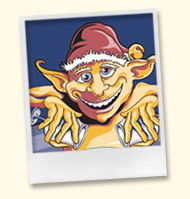 We’ve plucked some of the most important tidbits from Troegs Brewing’s Monthly newsletter. Items include the return of Naked Elf, Philly Beer Week Events and an update on the Scratch Beer Series.  Cheers.

The Return of Naked Elf

It’s time to put on your birthday suit because Naked Elf is back! An exercise in deconstruction and minimalism, Naked Elf has distinct roots in The Mad Elf Ale minus a few key components. With the cherries, honey, and chocolate malt out of the equation, this unfiltered golden beauty displays a pronounced yeast flavor that made Mad Elf famous as well as a touch of alcohol and some mellow malt flavors. Naked Elf just hit the tap lines in our Tasting Room on May 29. Cases and six-packs are also currently available in our General Store with a two-case limit per person per day. This is a brewery-only release, so get it while you can… because the Naked Elf will soon become bashful and go into hiding until next year!

June is shaping up to be an epic month for our Scratch Beer Series! In addition to the sneak preview of our upcoming Scratch #96 – Porter at May’s Full Moon Firkin event, we’re gearing up for the release of a whole slew of Scratch beers! As mentioned earlier in this edition of Tröegs Tales, we brewed a special collaboration beer with Devils Backbone and The Church for Philly Beer Week. This session-strength Black Rye IPA will debut as Scratch #97 during Philly Beer Week as well as our Tasting Room. Also in June, expect to see the winner of our “Scratch Redux” contest, Triple Mango IPA. Originally released as Scratch #58, Triple Mango IPA is inspired by an award-winning recipe from a local homebrew contest. It weighs in at a whopping 11.3% ABV and 125 IBUs and features copious amounts of Columbus, Nugget, Palisade, and Simcoe hops as well as cane sugar and Alphonso mangoes. Triple Mango IPA will be available on draft as well as a limited run of cases and six-packs. Finally, we’re planning on something special for Scratch #100, but more on that at a later time.

Sun. 6/9 – Pony Express Brewery Bus Trip from The Pony Bar Hell’s Kitchen to Tröegs Brewery! Departs at 9:30 am. Tickets are $50 and available at The Pony Bar (www.theponybar.com).