(Tumwater, WA)  — Triceratops Brewing, a small, family-owned beer company in Washington’s south sound region, is excited to announce the return of its Vienna-style lager, Pennsyltucky. Since its draft debut several years ago, Pennsyltucky has become the brewery’s single most popular release, and has twice earned a bronze medal at the Washington Beer Awards. Founders Rob and Kelly Horn are transplants from New Jersey, and wanted to give this beer a fun, memorable name that harkened back to their East Coast roots. After some debate, they decided on Pennsyltucky, a ​portmanteau of the state names Pennsylvania and Kentucky. 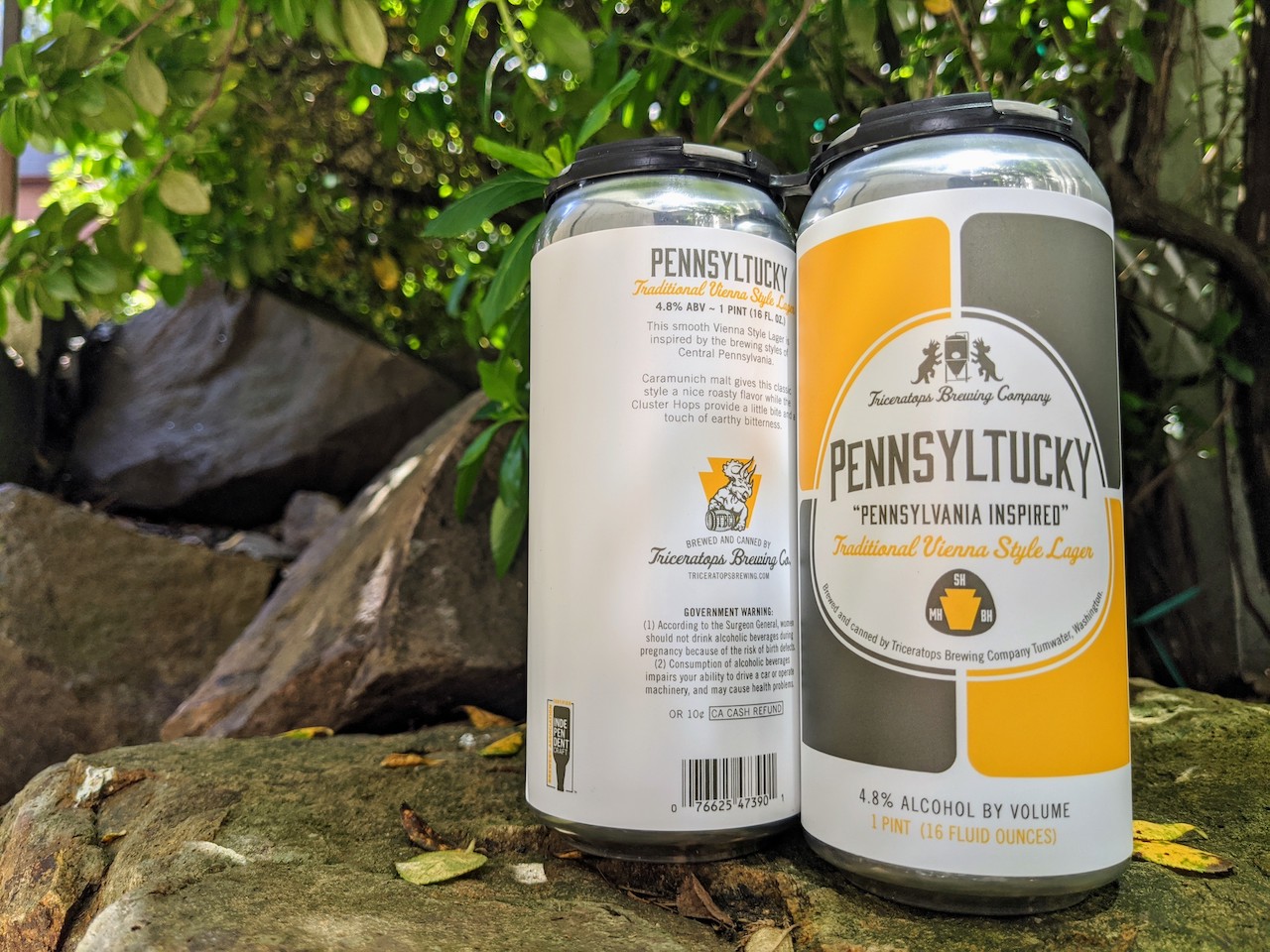 Co-owner and head brewer Rob Horn says he started brewing the beer because he couldn’t get his favorite amber lager on the West Coast. “It was something I always wanted to do, and now I have to make this beer for the rest of my career,” he says with a laugh. “But I’m at my happiest when I’m brewing this one,” he adds. “I like how well its earthy hoppiness goes with the malt complexity—I’ll be drinking it all summer.”

Pennsyltucky (4.8% ABV), a two-time bronze medal winner, is inspired by the brewing traditions of central Pennsylvania. Caramunich and Vienna malt give this classic beer style its amber color and a pleasant, roasty flavor, while Cluster hops, the oldest variety grown in the US, provide a little bite along with a touch of earthy bitterness. The result is a smooth, crisp lager that’s perfectly suited for any drinking occasion.

Supplies are limited, but Pennsyltucky is now available at select retailers throughout western Washington in four-packs of 16-ounce cans. It’s also available to-go in four-packs, 32-ounce Crowlers, and 64-ounce growlers at the Triceratops tasting room. Yinz’ll love it!