Three Weavers Brewing Is The Latest Member of CANarchy 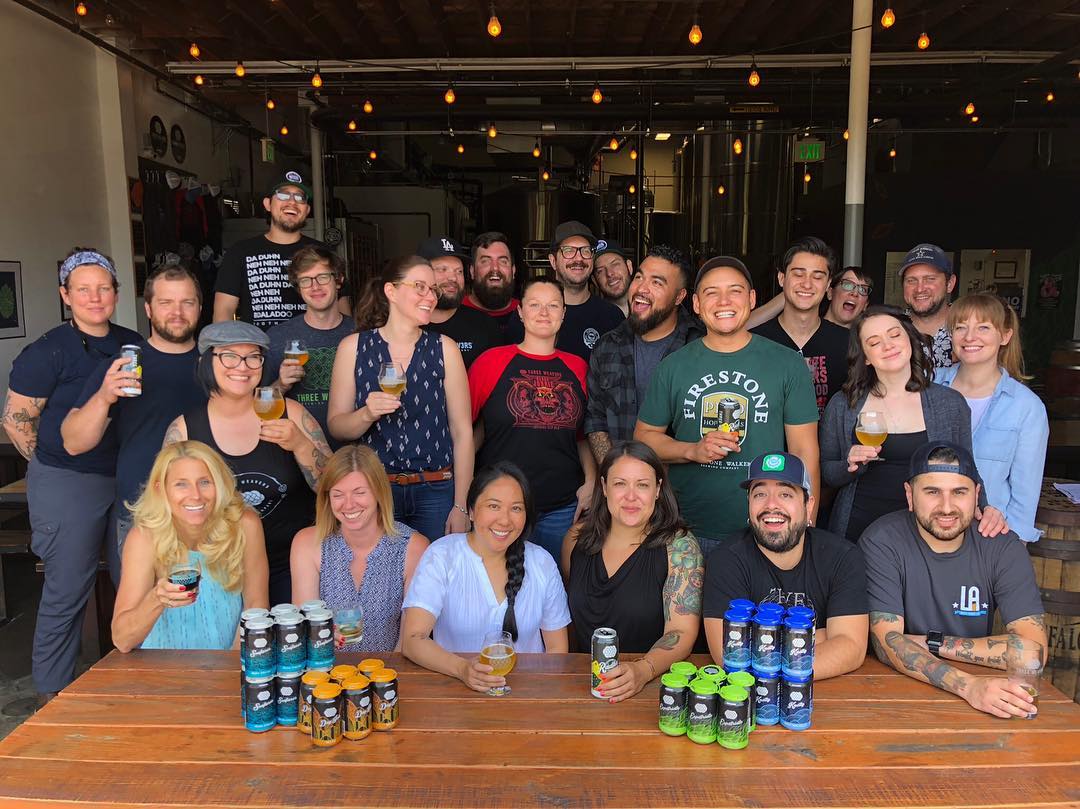 Under the leadership of Founder Lynne Weaver and Brewmaster Alexandra Nowell, Three Weavers has built a strong local following through its passion for the craft beer industry, award-winning craft beers, and mission to promote a positive sense of community.

“Our decision to join the CANarchy collective spans far beyond us as a single craft brewery. It’s about supporting our independence and continuing to champion the fight for all craft breweries with a similar goal. It’s also about living our mission – it’s more than beer, it’s community – and supporting the current craft crusade,” said Lynne Weaver, Three Weavers Founder and CEO. “Now more than ever, it is vitally important for craft breweries to band together to preserve our collective livelihoods and legacies and grow the overall industry. By joining the CANarchy collective, Three Weavers will continue to support our community – the craft beer industry, fellow craft breweries, independent beer, and of course, local craft beer drinkers. We are truly excited to partner with the entire CANarchy Craft Brewery Collective and look forward to what we will accomplish together in the coming years.”

CANarchy was recently ranked #9 on the Brewers Association’s list of the 2017 Top 50 U.S. Craft Brewers as ranked by sales volume. The CANarchy craft beer portfolio includes Oskar Blues Brewery, Perrin Brewing Company, Cigar City Brewing, Squatters Craft Beer and Wasatch Brewery, and Deep Ellum Brewing. The collective is the #1 provider of American craft beer in a can and has driven Cigar City Brewing’s Jai Alai IPA and Oskar Blues’ Dale’s Pale Ale to the #1 and #2 sold craft can six packs in U.S. Grocery. CANarchy delivers a diverse mix of innovative breweries and world class beers to distributors and retailers while providing modern beer drinkers the variety they demand.

“We founded CANarchy with the goal of bringing together like-minded breweries, supporting their growth and respective missions, and building a hyper-local presence in the largest markets in the U.S.,” said Matt Fraser, CANarchy President. “With their focus on quality craft beer and commitment to both independence and community, we believe Three Weavers Brewing Company is a perfect addition to the CANarchy collective and I am excited to partner with Three Weavers Founder, Lynne Weaver, in the coming years.”

2018 is shaping up as a momentous year for CANarchy. “With Three Weavers, we have added another world-class brewery to our portfolio – making CANarchy more valuable to both our wholesale and retail partners,” noted Keith Klopcic, former West Side Distributor [President] and current CANarchy Board Member. Earlier this year, Deep Ellum Brewing (Dallas, Texas) joined the collective. “As a brewery founder, it was vitally important to partner with a group of people that share my vision and have the expertise to help me get there,” said John Reardon, Deep Ellum Brewing Founder. “The entire CANarchy team is excited to welcome Three Weavers to our family and we look forward to partnering with Lynne and Alex.”

With the addition of Three Weavers, the CANarchy portfolio expands its reach across the U.S., from the East Coast to the West Coast, with leading regional breweries in California, Colorado, Florida, Michigan, North Carolina, Texas, and Utah. The aggressively growing collective provides a platform from which rapidly growing craft breweries seeking high level resources can expand and compete in the increasingly competitive craft beer segment, while maintaining their independence. Driven by individual brewery culture, CANarchy enables brewers to maintain control of their businesses and brands while providing the resources and support to scale their respective operations.

Three Weavers Brewing Company is an independent craft brewery with a mission to build a positive sense of community through the collective passion for craft beer. Founded by Lynne Weaver in 2013, Three Weavers is one of the largest independent craft breweries in Los Angeles County and currently expanding production and distribution on the West Coast. Led by award-winning Brewmaster, Alexandra Nowell, Three Weavers craft beers have received critical International acclaim, winning a World Beer Cup Gold Medal in 2016, a GABF Silver Medal in 2017, a European Beer Star Bronze in 2017, and the Australian International Beer Awards Best IPA and Champion International Beer in 2018. Three Weavers is proudly brewed in Inglewood, California. For more information, visit www.threeweavers.la