(INGLEWOOD, CA) – Passport to Iron City transports visitors directly into the retro-futuristic world of Alita: Battle Angel, the upcoming 20th Century Fox film by Robert Rodriguez, James Cameron and Jon Landau, in advance of its February 14 opening. Guests can explore the movie’s Iron City, which has been recreated down to the last detail by the film’s production designers. The meticulously designed dystopian setting is a gameboard where guests play by finding clues and completing challenges. Passport to Iron City is going on now in Los Angeles, New York City and Austin. 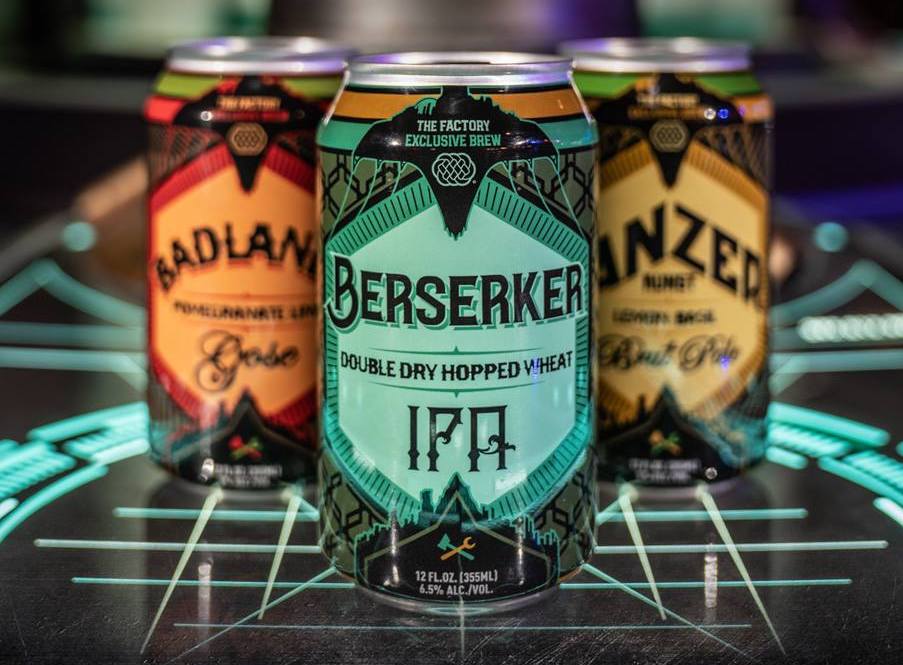 Guests gather in an exact replica of the Kansas bar, a pivotal location in the film, where they mingle and learn more about the secrets of Iron City. In partnership with the studio, Three Weavers Brewing Company created three custom brews specific to each of the three locations. Each Passport to Iron City event features an extremely limited beer themed around Alita’s world and inspired by the geographic and cultural nuances of each city.

“Innovation stands at the core of Three Weavers, and consumers look to us for beers that push beyond boundaries yet are true-to-style,” said Nowell. “All three of these Passport beers definitely exceed that expectation.”

Three Weavers worked closely with the filmmakers to develop brands authentic to the movie and to the Passport to Iron City experience.

“I created Three Weavers to show my three daughters that anything is possible with direction and perseverance,” said President and Founder Lynne Weaver. “We are honored to be part of this incredible project. I love that Alita is a strong female character that will inspire young girls like my girls.”

Passport to Iron City is happening now in Los Angeles, New York City and Austin, and runs into the spring. Leading up to the film’s debut, early bird tickets are available for $25 and prices will increase to $55 after February 13. Tickets are available here.

Representatives from both Three Weavers and Oskar Blues will be on hand at select locations to discuss the beers and personally educate guests on the origin stories behind each beer. The first educational experience will take place February 13 in Los Angeles, with future dates and times to be announced shortly on the breweries’ respective social media channels.

About Three Weavers Brewing Company
Three Weavers Brewing Company is an independent craft brewery with a mission to build a positive sense of community through the collective passion for craft beer. Founded by Lynne Weaver in 2013, Three Weavers is one of the largest independent craft breweries in Los Angeles County and currently expanding production and distribution on the West Coast. Led by award-winning Brewmaster, Alexandra Nowell, Three Weavers craft beers have received critical International acclaim, winning a World Beer Cup Gold Medal in 2016, a GABF Silver Medal in 2017, a European Beer Star Bronze in 2017, and the Australian International Beer Awards Best IPA and Champion International Beer in 2018. Three Weavers is proudly brewed in Inglewood, California. For more information, visit www.threeweavers.la.