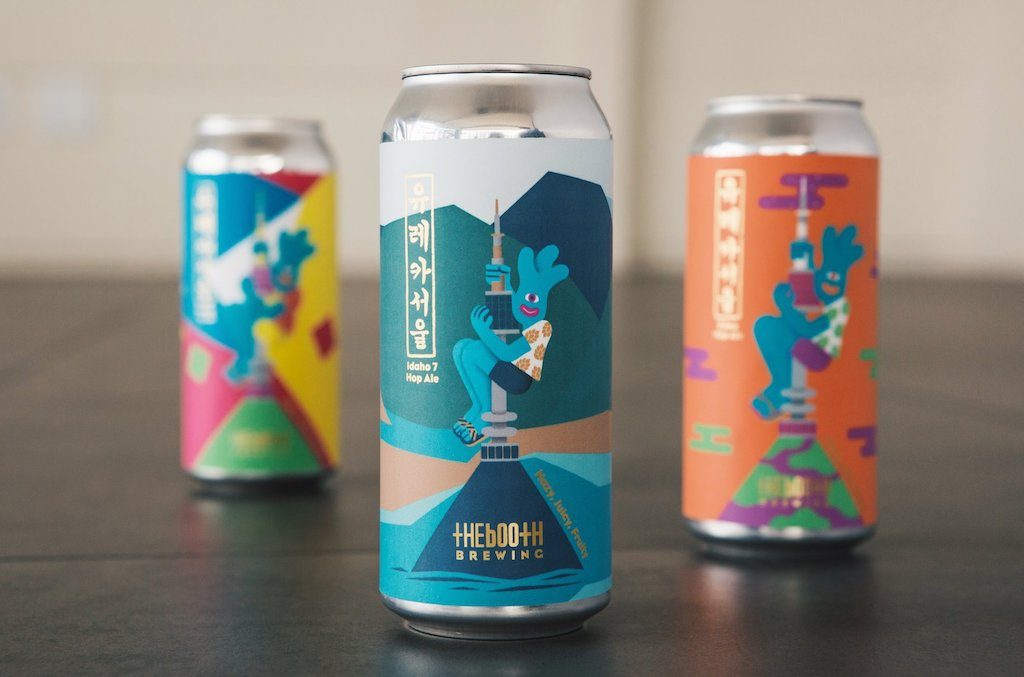 Pouring a nice hazy-golden color, EurekaSeoul Idaho 7 Hop Ale is extra-hoppy with a rich mouthfeel and minimal bitterness. You can expect overtones of resiny pine needles with notes of strong tropical fruit, apricot, and earthy hints of black tea. This new edition introduces a nice refreshing and pine-like touch to the series, ideal for spring-and-summer season.

The Booth’s limited Hop Ale series have been selling fast since its launch and is one of the most sought-after beers in Humboldt. EurekaSeoul Citra and Mosaic Hop Ales are currently rated 4.1/5 on Untappd.

EurekaSeoul Idaho 7 Hop Ale will be available in stores across the Humboldt and Bay Area starting May 11th.

About The Booth Brewing Co.
The Booth Brewing Co. started off as a small pizza pub in an alleyway of Gyeongnidan in Seoul, Korea in May 2013. Its three founders, initially working as Korean medical doctor, financial analyst, and Economist correspondent, came together with their love of craft beer and the ambition to create a “booth” where young-minded people can gather to change the world while enjoying quality beer, when there was a lack of high quality beer. May 2017, 4 years since its birth, The Booth extended its operations into the current Eureka facility, which was formerly owned by Lost Coast Brewery. Since then, it has been catching the attention of many craft beer lovers across the nation. The Booth recently became winner of California IPA brewery of the year at the NY International Craft Beer Competition, and gold medal winner of the largest alcohol beverage award in Korea, Korea Wine & Spirits Award.