(Santa Barbara, CA) – When a West Swell comes to the Santa Barbara coast it changes everything, bringing big surf and new opportunities for adventure. Our newest beer, West Swell Juicy India Pale Ale, is creating change, too, and helping further the evolution of the West Coast IPA. It’s pretty hazy, VERY JUICY, and full of that soulful, unrestrained approach to the California lifestyle 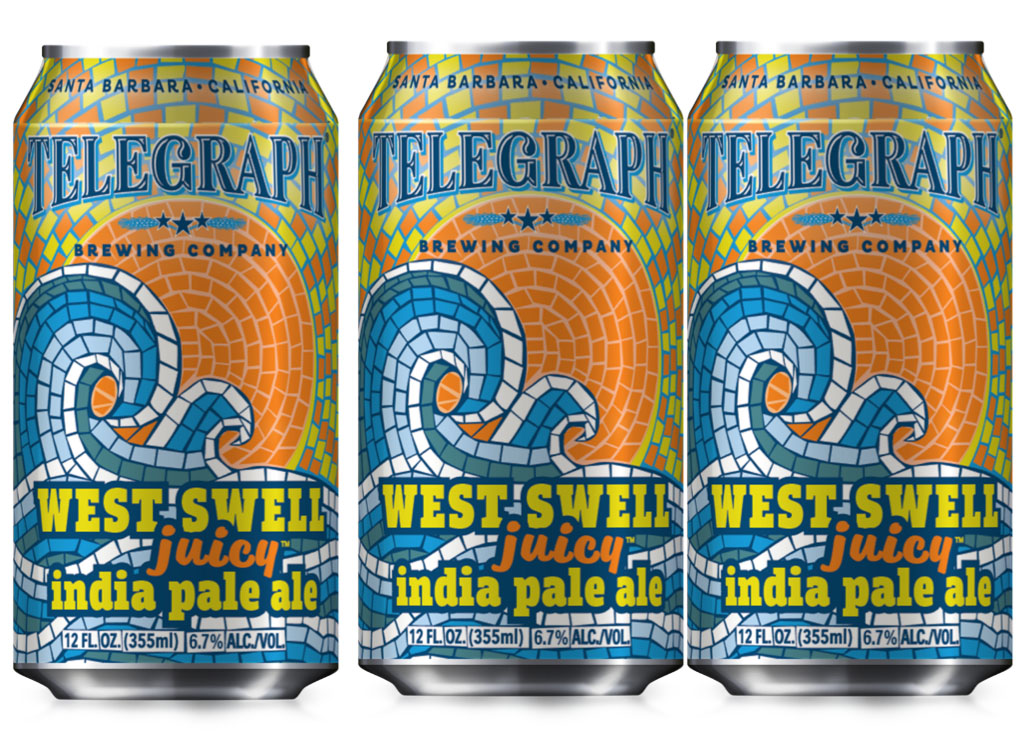 “We approach brewing new beers very intentionally and very carefully, and for a beer like this, being early wasn’t important to us. We wanted to ensure that West Swell is a beer that every hophead and every craft-beer lover in Santa Barbara can be proud to call their hometown beer and that would also delight IPA fans up and down the West Coast,” says Telegraph Founder Brian Thompson.

West Swell is brewed with excessive amounts of late addition Citra and Simcoe hops, then further dry hopped with a combination of Centennial, Simcoe, and Citra. The result is a bright blast of juicy, citrus flavors and tropical aromas. The emphasis has been shifted away from the bitterness of the beer and onto the wonderful flavors and aroma the hops produce. It’s the first beer to be produced with the combined expertise of both Telegraph’s and Epic’s brewing teams. The initial release will be in draft and 22oz bombers, with 12oz cans following in May.