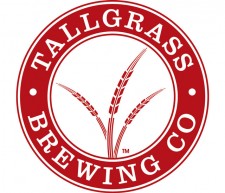 (Manhattan,KS) – Tallgrass Brewing Company is making plans to triple its brewing capacity. This is the brewery’s latest move in solidifying Tallgrass as a regional player in the exploding national craft beer market. Tallgrass will be acquiring an existing 60,000 square foot building in Manhattan, Kansas, which it will convert into a brewery. Tallgrass is already the largest brewery in Kansas with its 2013 production exceeding 16,000 barrels (365,000 gallons) of beer.

Tallgrass expects to begin production at the new location in late 2014. At full capacity the new brewery will be capable of producing 100,000 barrels or more than

3 million gallons of beer each year. The building, a former call center near Manhattan’s regional airport, is located on nine acres of land, allowing room for Tallgrass’s plans of future growth and expansion.

“Increasing our production capacity is very exciting. This new and larger facility will give us the space and ability to be a dynamic and creative brewer of not only more beer, but also those specialty and limited edition beers that we’ve been dreaming of making since we started the brewery,” said Jeff Gill, president and founder of Tallgrass.

Tallgrass has experienced exceptional sales growth in the last four years. Since switching from bottles to 16 oz. cans in 2010, annual sales revenues have increased by an average of 72 percent every year. Last spring Tallgrass expanded into the Chicago area with great success. The new brewery’s extra capacity will allow it to further expand its sales territory in the coming years.

Brewery design specialists, The Neenan Company of Fort Collins, Colorado, will oversee the building’s conversion. One critical aspect of the brewery’s new design will be the enhancement of the Tallgrass visitor experience. Currently, several hundred people attend Tallgrass’s “2nd Saturday” monthly tours at their Quail Lane location. Tallgrass anticipates 3,000 to 4,000 monthly visitors at their new production facility, making it one of the area’s top tourist destinations.

“We decided early on that this needed to be more than just a place to make beer. We wanted it to be a showplace, a unique and welcoming location we would be proud to show off to our loyal Tallgrass beer drinkers. They deserve a great tour experience, and this facility will allow us to give them that,” says Gill.

Last week Tallgrass also announced plans for The Tallgrass Taphouse, a brew pub and restaurant opening in downtown Manhattan later this year. This new venture will have a small-scale brewing operation and a full-service restaurant. The Taphouse, located on Poyntz Avenue, will be approximately 5,900 square feet, with a seating capacity of around 200.  The Taphouse will serve unique Tallgrass beers made on the premises, special guest tappings from other breweries, and Tallgrass’s other popular brands.
Satellite view of new brewery building
Video: Jeff Gill talks about the new brewery

Tallgrass Brewing Company was started in Manhattan, Kansas, in 2007, by Jeff Gill and his wife, Tricia. In May of 2010 Tallgrass declared its “Canifesto” and began packaging exclusively in 16oz cans. Tallgrass’s mainline beers include: Pub Ale, Buffalo Sweat Stout, Velvet Rooster, 8-Bit Pale Ale, and Ethos IPA. Tallgrass Beers are available in cans and on tap in 13 states.