(ATLANTA,GA) — As one of the nation’s fastest growing craft breweries, SweetWater Brewing Company continues to evolve and innovate their offerings rolling out an all-new 750-ml series of top shelf brews this July. True to style, SweetWater is putting their own spin on this high-gravity series, exploring the edges of classic beer styles including barrel-aged beers, sours and wild ales. 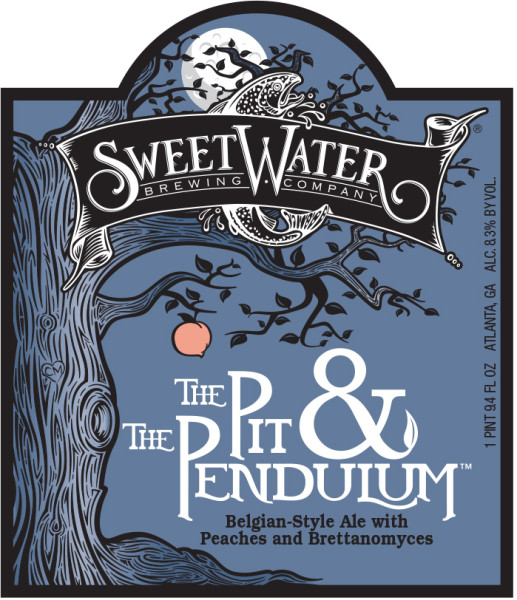 Each of the small-batch brews from the lineup will rotate in limited quantities annually and will be packaged in a 750-ml bottle with cork and cage finish. SweetWater welcomed the new 750-ml packaging line back in January and broke the seal with a test run on its 18thanniversary Belgian-style triple. The cork and cage line will soon find a new home as SweetWater plans break ground on another expansion project to house this special lineup project later this summer.

Fresh off the line from the new series, SweetWater is waxing poetic with a peachy take on Belgian-style brew that will make its way into bottle shops and top beer joints late this July. The Pit & The Pendulum is a perfect balance of three distinct divergences — Belgian ale yeast, Brettanomyces (a strain of yeast known to impart complexity and sourness) and freshly puréed peaches — making for a tasty trifecta. While this brew can be devoured fresh, it will also age well in the cellar as the Brettanomyces continues ferment in the bottle further developing the flavor profile over time.

The Pit & The Pendulum is one short story that will leave folks craving more. Speaking of wanting more, SweetWater released images of the brew’s label, but encourages folks to stay tuned for a full release of tasting notes and a video of the beer’s backstory later this July.

For more information on SweetWater and its full lineup of beers, visit www.sweetwaterbrew.com.

Living by the motto “Don’t Float the Mainstream,” SweetWater Brewery has been blazing its own path in craft beer throughout the Southeast since its inception in 1997. With a brewer calling the shots, quality of beer—and life—are always most important in crafting a lineup of lip-smackin’ brews. Widely known for its flagship 420 Extra Pale Ale, SweetWater also serves up an ever-evolving Catch & Release seasonal lineup of brews and an off-beat, one-off Dank Tank series. SweetWater invites folks to join them for tours and tastings of their Atlanta brewery every Wednesday through Sunday. Visit www.sweetwaterbrew.com for more info about SweetWater, or hang out with your social thang out by following SweetWater on Twitter/Instagram @sweetwaterbrew, or on Facebook atfacebook.com/sweetwaterbrew. And always remember; drink ‘em if you got ‘em!