(ATLANTA,GA)– SweetWater Brewing Co. announced today that it has taken the first tangible step toward opening a second brewery, and is exploring options for locations in Western U.S. states, and considering a third location in the Central U.S.   The South’s largest brewery purchased equipment from Pyramid Brewery in Berkeley, Cali, after it closed this summer, including a fully automated, 4 vessel, 130 barrel brewhouse, inclusive of 3 silos and over 31 fermentation and brite beer tanks (consisting of various sizes from 310 to 125 barrel tanks).  The acquired equipment will give SweetWater the ability to brew up to 420,000 barrels at the second brewery.  Headquartered in Atlanta, SweetWater is ranked the 18th largest brewery in the nation by the Brewer’s Association, and has built a solid brand presence in the 18 states (and D.C.) where it is distributed. 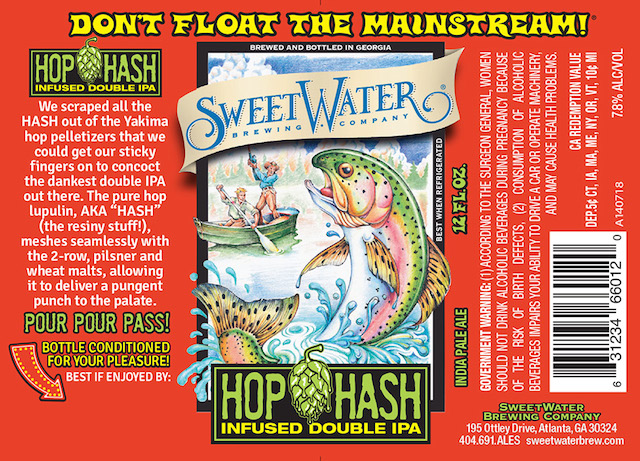 “Our focus on making a quality liquid and building a strong brand has created an incredible inertia.  And while we’re continuing to develop the East Coast, it’s time for us to simultaneously start looking to the West,” says SweetWater founder and Big Kahuna, Freddy Bensch.   The company is exploring location options in all western states. The discovery process for the potential third brewery in the central U.S. is just beginning.

“It’s an exciting next step in the growth of our company — the brewery is hitting on all cylinders, and the response to SweetWater in new markets has been incredible,” says Bensch.  “For us, this growth is about getting the freshest beer into more hands, and building real relationships with consumers and communities.  We have phenomenal quality liquid, and a great brand with great folks behind it – we’re all about spreading that.”  Currently, SweetWater is poured as far West as Colorado, but only in Telluride, where the brewery has a new partnership with Telluride Ski Resort as mountain co-sponsors with Telluride Brewing Company through the 2017 ski season.  “SweetWater has been so well received in Telluride – both the liquid itself and the culture of our brand.  We like to make and drink fantastic beer, contribute in meaningful ways in the communities we’re in, and have a good time doing it all.   That fits in well with the West Coast vibe,” says Bensch.

SweetWater Brewing Company is an Atlanta-based craft brewery living by the motto “Don’t Float the Mainstream!” The award-winning lineup of year-round beers includes SweetWater 420, IPA, Take Two Pils, Hop Hash, Blue, and Georgia Brown. SweetWater also features a catch and release series of beers available on a limited basis throughout the year including an experimental, one-time-only Dank Tank series. As one of the nation’s fastest growing craft breweries, SweetWater Brewing Company continues to evolve and expand their offerings, including the Cork & Cage series of 750-ml innovative brews. True to form, SweetWater is putting their own spin on this high-gravity series, exploring the edges of classic beer styles including barrel-aged beers, sours and wild ales. SweetWater is passionate about supporting the communities where their beer is distributed, and having a good time while doing good. For more information about SweetWater Brewing Company, please visit www.sweetwaterbrew.com, follow @sweetwaterbrew.com on Instagram and Twitter, and find them on Facebook.com/sweetwaterbrew.