Known for its rich flavor with savory notes of plum, raisin and chocolate, Winter Warmer, an English dark ale, is aged in bourbon barrels with freshly toasted American oak for 12 weeks to create a balanced, yet bold blend of oak, English hops, dark fruit flavor and a touch of vanilla. 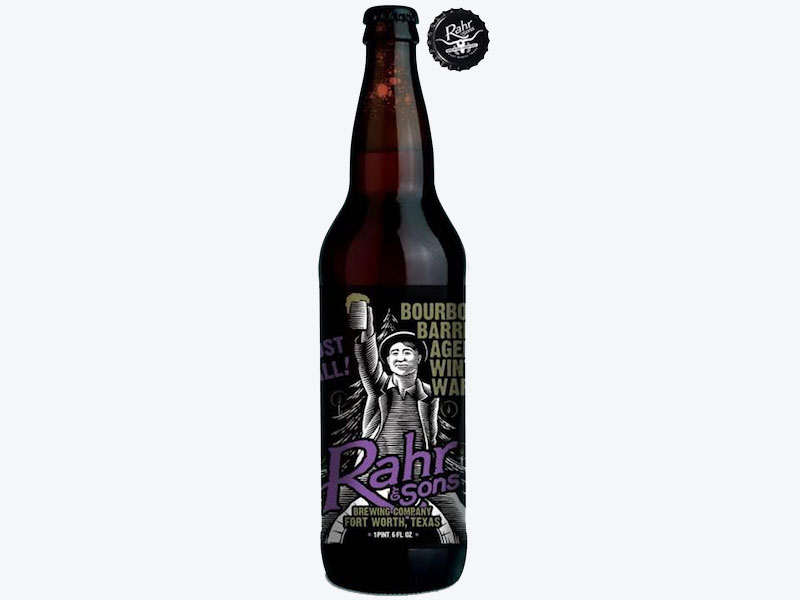 While staying true to the beer’s style, Rahr & Sons refines its aging and brewing techniques each year to build upon previous years’ success; new wood-aging techniques and an increase in alcohol to 10.37 percent will add more flavor from the fermentation to this year’s version.
“Bourbon Barrel Aged Winter Warmer helped put Rahr & Sons on the map,” said Craig Mycoskie, Rahr & Sons’ brewing operations manager. “We strive to make each year’s version increasingly better and are very excited for our fellow craft beer lovers to experience our 2015 brew.”

Bourbon Barrel Aged Winter Warmer will be available in 22-ounce bottles and on tap around Dallas-Fort Worth.

ABOUT RAHR & SONS BREWING COMPANY
Fritz and Erin Rahr started the craft beer movement in North Texas, as they founded Rahr & Sons Brewing Co. in the fall of 2004. In more than a decade, Rahr & Sons has exponentially grown its brewing capacity from 2,000 barrels a year to 20,000 barrels a year.

Rahr & Sons has been featured in local and national media, including being named in the top 4 of the 20 best craft breweries in America by Time Out, as well as the Best Brewery/Distillery by Fort Worth, Texas Magazine for two years in a row. For more information, please visit rahrbrewing.com and facebook.com/rahrbrewing.