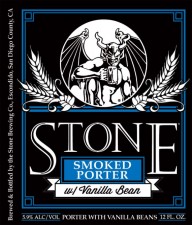 Stone Brewing Co. continues to pump out new beers at a fairly regular basis. Here are some new beers that will be available very shortly, followed by some REAL INSIDER COMMENTS. Stay tuned here at The Full Pint as we bring you reviews on all of these new products once they hit the shelf.  Cheers!

Stone Ruination Tenth Anniversary IPA (Mon, 6/11) — Can you believe it’s been 10 years since we unleashed Stone Ruination IPA upon the unsuspecting world? It is an amped up version of Stone Ruination IPA (clocking in at 10% abv rather than 7.7%), with an extra dosing of Columbus & Centennial hops added during the brew, and tons of Citra and Centennial thrown in to the dry hop.

This has to be delicious. I pray folks don’t try to cellar it. I’d love if this resembled the legendary 10th Anniversary IPA, however I’m not stuck in the past and will enjoy this for what it is instead of what it isn’t.

Dogfish Head / Victory / Stone Saison du BUFF (Mon, 6/18) — In early May, we rebrewed this famed collaboration beer we’d originally made back in 2010 with Sam Calagione of Dogfish Head Craft Brewery and Bill Covaleski of Victory Brewing Company. Having them back in town for the recent Craft Brewers Conference, it seemed like the perfect opportunity to recreate this peppery farmhouse-style Saison, brewed with parsley, sage, rosemary, and lemon thyme, organically grown and harvested from Stone Farms. It will be available in limited release, on draft and in 12oz bottles.

This is in my top favorite 3 beers of ALL TIME.  I don’t recall the original batch using Lemon Thyme, so it will be interesting if I detect a difference. A way underrated beer in the sea of Impy IPAs and Stouts.

Ken Schmidt / Iron Fist / Stone Mint Chocolate Imperial Stout (early July) — Ken Schmidt is a local homebrewing wizard. (You might remember his Ken Schmidt / Maui / Stone Kona Coffee, Macadamia, Coconut Porter?) He took top honors at our recent Stone March Madness Homebrew Competition & AHA Rally, earning him the right to brew his winning beer at our brewery along with another brewer of his choosing. He ultimately called on Brandon Sieminski, Brewmaster at Iron Fist Brewing in Vista, who was honored to join the team. This robust, hearty stout is brewed with a blend of organically-grown mint from Stone Farms, and organically-grown, stone-ground cacao liquor from SoCal chocolatier, Chocovivo.

It ain’t a hit until Ken Schmidt sing it.  This might be my first chance at trying anything Iron Fist, the recipe sounds amazing, and I admire home brewing. Really look forward to trying this. I have always loved Peppermint Mocha drinks, and like the pairing of chocolate and mint. That’s where my imagination has taken me with the name of the beer alone.