(ESCONDIDO, CA) – For a limited time, Stone Brewing announces a sneak peek of Stone Buenaveza Salt & Lime Lager. This Baja-inspired beer isn’t the first time Stone’s brewers have snagged cross-border inspiration. Stone Xocoveza has been a seasonal staple since 2014 bringing the rich, complex flavors of Mexican hot chocolate to beer. It’s with mucho gusto that the team’s brewers followed with a take on a classic lager that’s similarly inspired and equally memorable in flavor. The beer is now available in California only. 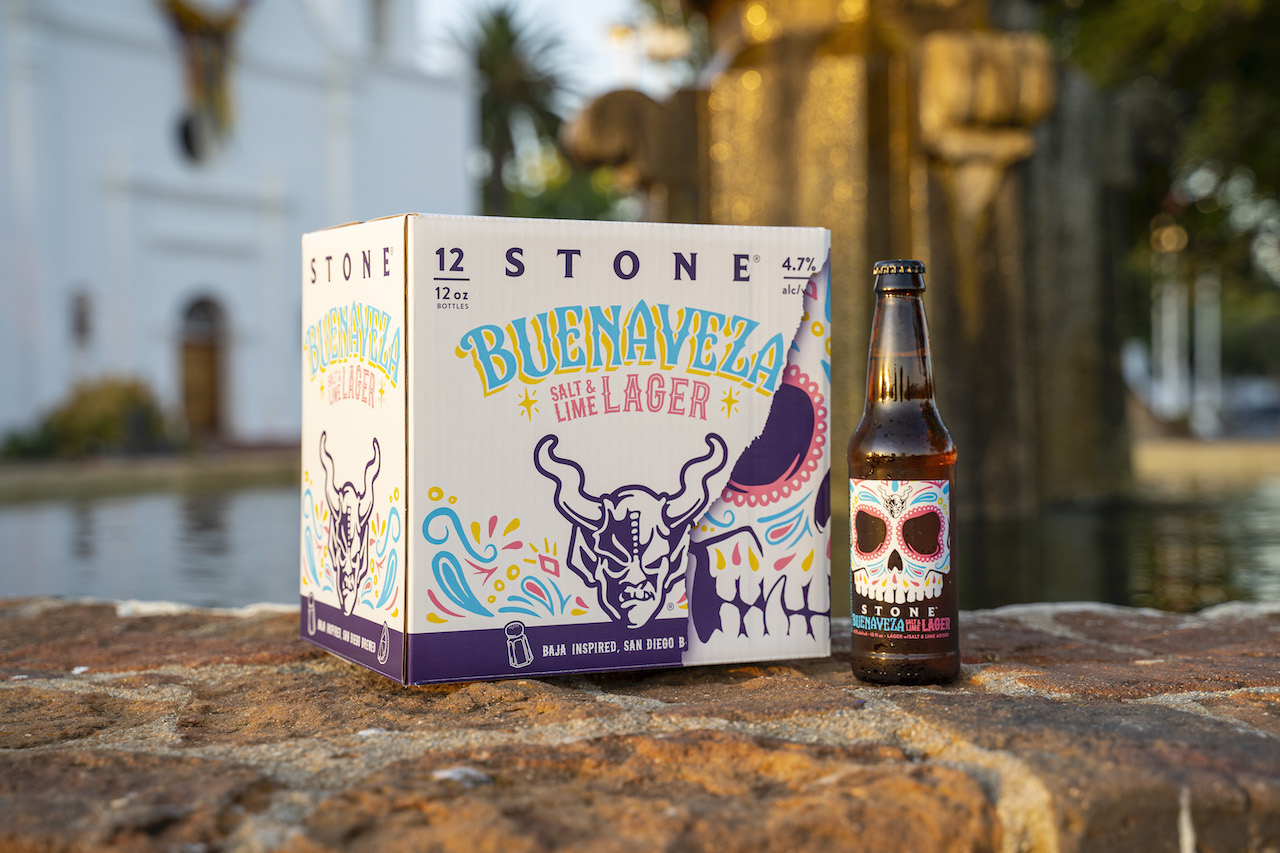 Stone Buenaveza Salt & Lime Lager was born on the small-batch system at Stone Brewing World Bistro & Gardens – Liberty Station. It’s there that brewers go through their daily routine of defying genres and coaxing the extraordinary from the ordinary. The beer at hand is no exception. A wedge of lime on the rim of a lager is status quo, if not trite. But this lager, brewed with lime and with just the right add of salt, takes on unexpected qualities that ratchet up the Baja influence. Brewer Ben Sheehan is credited for the recipe. He sought a crisp, clean, refreshing lager that would go great with his SoCal taco habit and year-round outdoor living. Every so often Stone’s brewers add a ‘just for fun’ beer to the Executive Taste Panel and every so often those earn a spot on the big system. All agreed – Ben nailed that SoCal vibe. So, we let Ben tell you about it:

“Stone Buenaveza Salt & Lime Lager’s inspiration comes from Southern California, which is vibrantly influenced by our neighbors to the South. California spoils you with warm weather that encourages outdoor activity year-round. From surfing our coasts, to snowboarding and biking in the mountains, off-roading through deserted lands, or boating and fishing in our lakes, Stone Buenaveza Salt & Lime Lager is the cool choice. It’s a thrillingly crisp, clean, refreshing Baja-inspired Lager that quenches thirsts, while gratifying taste buds via lime and sea salt. So, leave your culinary accents at home, apply some sunscreen and soak up the sun with some suds and buds (friends).”

What makes this beer so boldly flavorful? Fresh-squeezed lime juice and a slight corn chip aroma hit the nose. Flavors of lime linger in each sip along with a touch of sweet malt. There’s a slight tartness and balanced light bitterness (‘balanced’ and ‘light’ by Stone standards, that is – don’t let this genre defiance distract you). Pair it with Stone Brewing World Bistro & Gardens Yellowfin Ahi Poke “Nachos” or Chipotle Shrimp Street Tacos for a boldly flavorful and Baja-inspired experience.

The new arrival will join Stone’s lineup of Special Release beers in Spring 2020. Distribution will include all 50 states and internationally to as many as 40 countries, but first, California gets a go.

“With our own distribution company – Stone Distributing – delivering independent craft beers throughout California, we get the unique opportunity to pre-release beers to those closest to us,” said Dominic Engels, Stone Brewing CEO. “We like keeping it extra fresh for our local fans, and value taking their early feedback into consideration before we go big.”

Stone Buenaveza Salt & Lime Lager is available in 12oz 12-pack bottles, 22oz bombers and on draft through the end of the year. In Spring 2020, its sinister calavera breaks through to 12oz six-pack cans nationwide. No doubt, this lime-laced cerveza especial is a flavorful beer for the midday sun, toes in the sand, Adirondack chair kind of afternoon. And there’s no arguing it’s an elevated – unabashedly independent – lime-in-your-lager experience.