(ESCONDIDO,CA) – The ongoing saga surrounding Stone Brewing filing lawsuit against MillerCoors over the STONE trademark continues. Here is Stone’s statement regarding today’s legal response, with aggressive and at times humorous tones. Please stay tuned here at The Full Pint as we cover this escalating issue. If you haven’t subscribed to our daily newsletter blast, please click here to sign up. 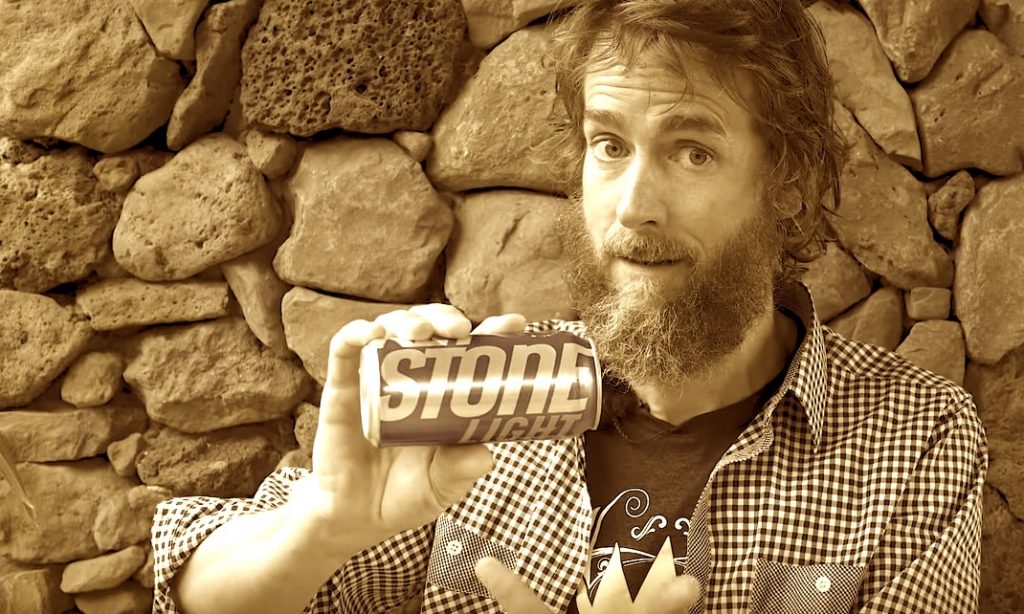 Last night, MillerCoors’ lawyers filed an 82 page novella of a legal filing. Stone’s executives and legal counsel had some observations.

Stone Brewing Executive Chairman & co-founder, Greg Koch, enjoyed reading the document while sipping a Stone White Geist Berliner Weisse. “A great beer for reading works of fiction when it’s not even noon yet,” he remarked. “Although it’s probably going to take some coffee to keep me awake through all this double speak.” He further observed that “MillerCoors’ gigantic law firm did what they got paid to do: present a lot of misleading allegations and package them as facts. In coming days, we look forward to publishing each misstatement on Twitter. Hint: the deception starts right upfront in paragraph 1. Best choose your popcorn eating gifs now.”

The company’s CEO Dominic Engels seconded Greg’s take: “Consumers are being misled by one of the world’s largest beer conglomerates. Sure, that’s not new, but this time they’re attempting to take it too far with heavy-handed tactics aimed at attempting to potentially have the effect of possibly maybe scaring lil’ ol’ us. Not gonna work. It is now clear that Keystone’s abandonment of its heritage is permanent and that we’ll need to fight this one all the way. We look forward to proving our case in court.”

Stone’s legal counsel, Noah Hagey of BraunHagey & Borden LLP, also commented: “MillerCoors was unable to deflect any of Stone’s claims, all of which will now proceed to discovery and likely preliminary injunction hearing. As for the counterclaims, MillerCoors will probably regret filing them. The allegations do serious damage to Keystone’s case and basically concede there is actual confusion in the market. And, more important, MillerCoors now admits it knew about the widespread use of Stone’s mark during Keystone’s rebranding, which takes this case into the stratosphere of economic and punitive damages for willful infringement.”

Finally reached for comment, Stone’s Gargoyle gave a silent nod of resolve and began to rise. It was unconfirmed if the loud rumbling was the sound of the coming punishment, or if the gargoyle was simply standing in a bowling alley.