(ESCONDIDO, CA) – Stone Brewing, the first American craft brewer to independently build, own and operate a brewery in Europe, will release its first Berlin-brewed beers Monday. This is the first time in history that the beers will be tapped in bars, restaurants and breweries across Europe. Stone Brewing is the ninth largest brewer in the United States and with brewing now underway at StoneBerlin, the famously big character, hop-centric craft beers will make their fresh debut beginning at 6 p.m. CET at more than 40 locations in Germany, Belgium, Italy, Netherlands, Poland, Spain and the United Kingdom. 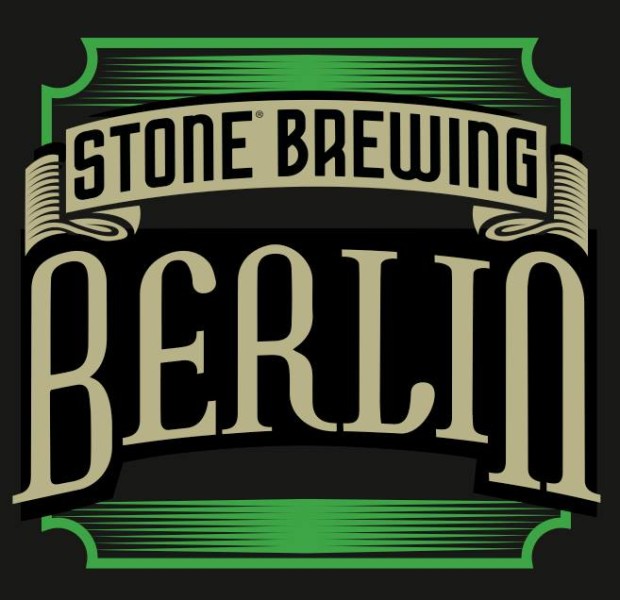 “This is a significant moment for craft beer internationally,” said Stone CEO & co-founder Greg Koch. “We’ve worked long and hard to introduce our vision of bold, innovative craft beer to Europeans and that day has finally arrived. The reality of our beers brewed and served fresh in Europe is the outcome of international camaraderie in craft beer that includes shared visions, collaboration and a unified passion for the craft that now spans oceans.”

The first beers brewed at Stone Brewing Berlin include Stone IPA, the iconic West Coast-style IPA, the infamous Arrogant Bastard Ale and the widely-popular newcomer, Stone Xocoveza for the Holidays & the New Year. Stone IPA will be kegged on December 7 and delivered same day to participating bars in Berlin for fans to experience uber-fresh hop flavors and aromas. Stone IPA is one of the best-selling craft beers in America, and it is an IPA that launched generations of hop fanatics.

Arrogant Bastard Ale is an aggressive ale made with quality and depth reserved for worthy souls and not to be wasted on industrial beer drinkers. When first unleashed upon an unsuspecting public in 1997, this American strong ale openly challenged the tyrannical overlords who were brazenly attempting to keep Americans chained in the shackles of poor taste.

Stone Brewing’s 10-hectoliter system is now operating on the historical site of Berlin Marienpark where Stone is making an initial investment of more than $25 million to renovate a historic gasworks complex. The pilot brewery will be joined this spring by a 100-hectoliter brewhouse that will produce a variety of Stone year-round beers as well as special releases. While small-batch brewing is underway, the main brewery, packaging hall, restaurant and gardens are all under construction with an expected opening in late March 2016.

“With our expansion across the Atlantic comes our commitment to brewing bold, hop-forward beers, sustainable practices and an emphasis on quality and freshness,” said Stone President and Co-founder Steve Wagner. “We are the first American craft brewer to build, own and operate a brewery in Europe and with a nearly 20-year history and a global fan base, we’re optimistic that our presence will be stimulating to the craft beer scene in Europe.”

For more information on December 7 events and a list of all participating venues, please visit: berlin.stonebrewing.com/content/fresh-beer-berlin.

Founded by Greg Koch and Steve Wagner in 1996, San Diego-based Stone Brewing Co. is the 9th largest craft brewer in the United States. Stone has been listed on the Inc. 500 | 5000 Fastest Growing Private Companies list 11 times, and has been called the “All-time Top Brewery on Planet Earth” by BeerAdvocate magazine twice. The multifaceted company will be the first American craft brewer to own and operate its own brewery in Europe, and is also building a production brewery and destination restaurant in Richmond, Virginia. Brewing at both locations is anticipated to begin in spring 2016. Known for its bold, flavorful and largely hop-centric beers, Stone has earned a reputation for brewing outstanding, unique beers while maintaining an unwavering commitment to sustainability, business ethics, philanthropy and the art of brewing. For more information on Stone Brewing Co., please visit stonebrewing.com or the company’s social media sites: Facebook, Google+, Instagram, Pinterest, Twitter and The Stone Blog.