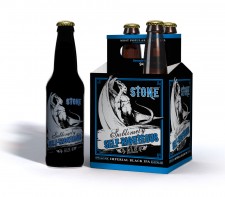 Escondido, CA – Score one…or four that is, for Stone fans. Beginning this week, Stone Brewing Co. is offering Stone Sublimely Self-Righteous Ale, the most popular Black IPA on Beer Advocate, in packs of four 12-ounce bottles. Previously, the deep-black-yet-amazingly-hoppy beer was only available in 22-ounce bottles and on draft. Stone Ruination IPA and OAKED Arrogant Bastard Ale will also be offered in four-packs. 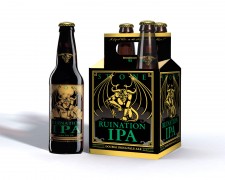 “Stone fans have been requesting to get these beers in four-packs and we finally said, ‘Sounds good to us!'” commented Greg Koch, Stone Brewing Co. CEO and co-founder.

Stone Ruination IPA got its name because of the ruinous effect on one’s palate, and recently celebrated its 10th Anniversary. This massively hopped IPA overwhelms with its deliciously intense bitterness and vibrant hop flavors layered onto an assertive malt base. 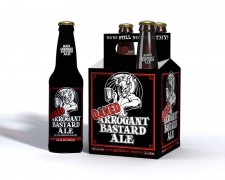 ABOUT STONE BREWING CO.
Stone Brewing Co. was founded in 1996 by Steve Wagner and Greg Koch in North County San Diego, CA. It is the 11th largest craft brewery in the United States and has been named “All-Time Top Brewery on Planet Earth” by BeerAdvocate magazine – TWICE! A recently announced $50M+ expansion plan (that includes a hotel among other lofty ventures) is underway, as are developments to become the first American craft brewery to open a brewhouse in Europe. Visit stonebrewing.com for more information.