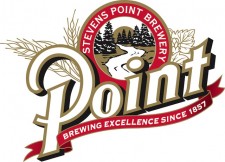 Stevens Point, WI – Keeping pace with ever-growing demand for its handcrafted beers, Stevens Point Brewery will launch another expansion this month, its fourth major expansion project in as many years.

Scheduled for completion in May, the $2 million project will increase the brewery’s annual production capacity to 150,000 barrels with the addition of a second brew kettle, 16 more unitanks for fermenting and aging beer, and a new automated grain handling system. The expansion also includes a new can packer that will allow the brewery to package four-pack and six-pack 12-ounce can packages for the first time.

“Our sales growth shows no signs of slowing down, so it’s just good business to capitalize on our momentum in the marketplace and continue to invest in our brewery,” said Joe Martino, Stevens Point Brewery Operating Partner. “The key feature of this expansion is the increase in our annual production capacity from 120,000 barrels to 150,000 barrels. We’ll achieve that milestone when the new 200-barrel brew kettle and additional unitanks become operational in April.”

The new 100- and 200-barrel vertical unitanks will be housed in a 5,600-square-foot addition to the front of the brewery. The new grain handling system will allow bulk deliveries of barley and other grains to the brewery, providing process efficiencies necessary to support the increased brewing capacity. The new state-of-the-art can packer line will significantly increase the speed of its can packaging operations as well as add four-pack and six-pack production capability to the packaging department, Martino explained. “Beer in cans, particularly craft beers, is enjoying solid growth, so when the new can packer is operational we’ll be ready to offer all can-package configurations, from four-packs and six-packs to 12-packs and 24-packs,” he said.

In 2011, the brewery added 6,600 square feet of warehouse space, five aging tanks and three fermentation tanks to bring its brewing capacity up to 100,000 barrels per year.

In 2010, four aging tanks were installed and  the keg cooler room was expanded by 2,700 square feet.  Success in the marketplace means new jobs, too: Martino said the brewery anticipates additional workers will be needed once the expansion is completed.

For more information about the Stevens Point Brewery, visit www.pointbeer.com or call 1-800-369-4911. Tours of the brewery are available, with schedules listed on the web site.