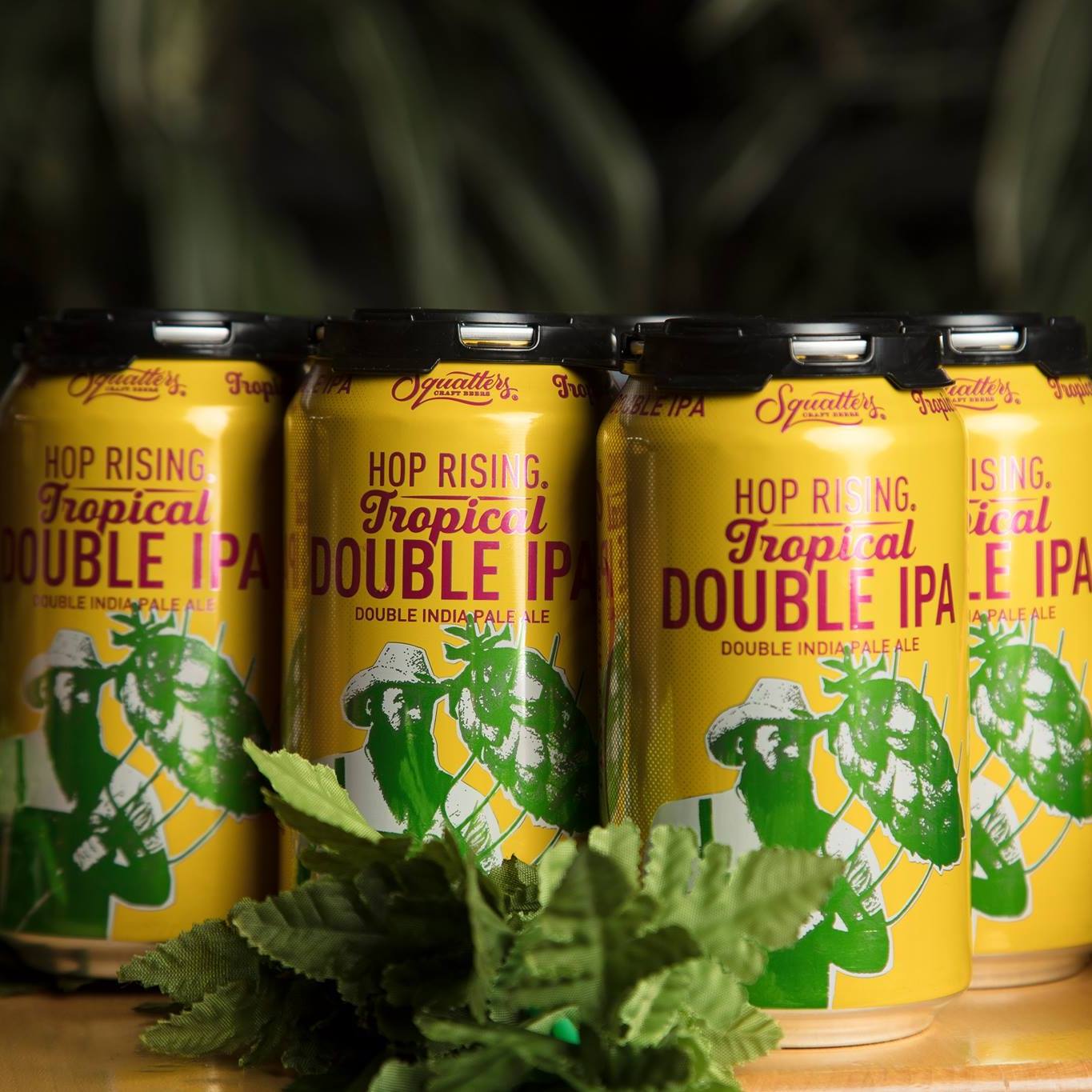 Building on the popularity of Squatters much-loved Chasing Tail Golden Ale, Chasing Tail Orange has a higher alcohol content at 5.2% ABV and a subtle, not-too-sweet, navel orange nose. This little puppy also wears the Best Friends Animal Society logo with pride and will be served at events celebrating the partnership between the two organizations throughout the year. “We’re excited to share this addition to the summer line-up with fans,” says Marketing Manager, Amy Tangaro. Adding that the flagship Squatters Pub Brewery location in downtown Salt Lake City will be christening their newly minted dog-friendly patio with an adoption event in July.

Hop Rising Tropical (9% ABV) is a twist on the mighty-hop lovers dream, Hop Rising Double IPA. Entirely hop-derived citrus and mango notes complement the malty backbone and high alcohol content of this perennial favorite. “Line extensions offer us the opportunity to accentuate the best of what our established brands have to offer,” says UBC Chief Operating Officer Jon Lee.

A brew master never plays favorites, but the return of Provo Girl is near and dear to many hearts around the brewery. “I love a truly sessionable Pilsner and this beer is spot on! I was a part of the brewing team that created the original back in 1998 and I’ve always loved the beer, “ says Lee. She’s back with a vengeance and better than ever. This classic Bavarian-style Pilsner features Hersbucker hops and is a refreshing complement to summer nights – and days.