“These beers are roasty and rich. The barrels had a big influence on all three of them,” Head Brewer Brad Shaffer said. “We’re releasing them in summertime, but who gives a fuck — the beer was ready.” Malevolence Russian Imperial Stout, G.F.Y. Stout, and God Damn Pigeon Porter have been previously released in 22-ounce bottles. These iterations of Malevolence and G.F.Y. were aged in Four Roses Bourbon barrels for nine and 11 months, respectively; God Damn Pigeon Porter was aged in rye whiskey barrels for 10 months. 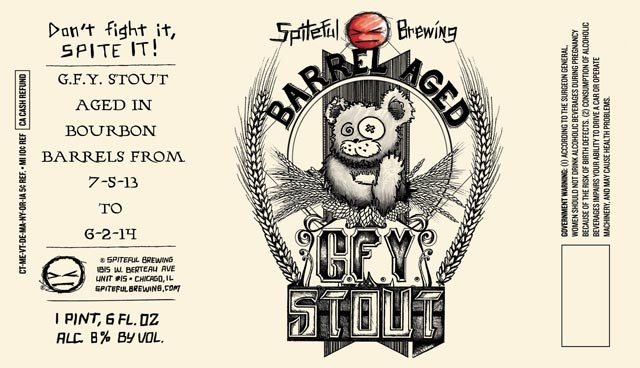 Spiteful Art Director Luke Snobeck set out to distinguish the new labels from their originals. “I worked with Shaunna Condon, who drew the design and fonts. Then I reworked the original artwork to fit a minimalist aesthetic,” Snobeck said. “We chose a different label stock, one with texture, with weight.” Available in limited quantities across the Chicagoland area, Spiteful’s new barrel-aged beers carry the essence of their non-barrel-aged counterparts, while bearing a new look and flavor. “They look nice next to one another,” Snobeck admits. “They look special. They taste good, too.” Each of the barrel-aged beers is packaged in 22-ounce bottles. Deliveries for the three beers will be completed by the end of the week. 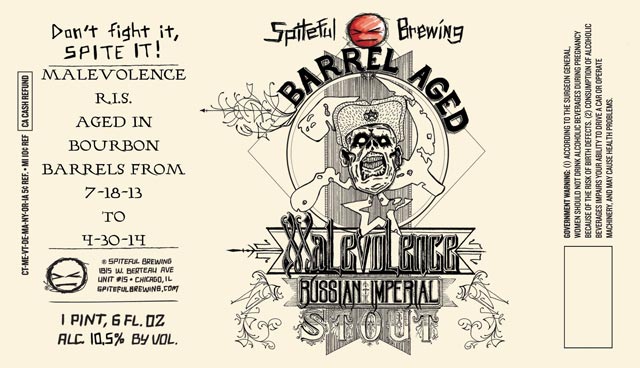 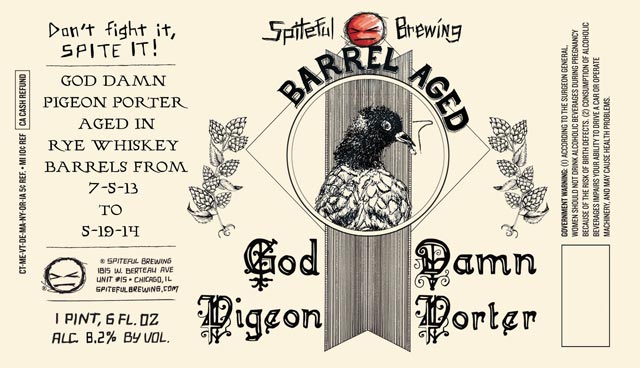 While Spiteful’s barrel-aging program will remain small-scale, Shaffer looks to build on the success of their first bottled barrel-aged releases: “We’ve aged beer in five gallon barrels before, but these beers were aged in 53 gallon barrels,” he said. “It was a challenge to maneuver around six barrels in our small space, but we didn’t want to rush the beer,” he said. “I think it was worth the wait.”

Established in 2011, Spiteful Brewing is dedicated to brewing small-batch beers with spite. Located in the North Center neighborhood, Spiteful brews out of a 950-square-foot space, packaging in 22-oz bottles, 16-oz cans, 12-oz cans, and limited quantities of 1/6 bbl kegs. They are not open to the public.