Showdown Rye IPA stakes its claim this month as the newest member of Great Divide’s Tank Farm® series of beers. With a heaping addition of hardy rye, this copper-hued beauty delivers an unmistakable spiciness, while a burly dose of American hops evokes the piney aroma of untamed wilderness. Balanced, bold, and brave, Showdown claims the prize. At 8.3% ABV, Showdown will be available in 22oz bottles and 5-gallon kegs. 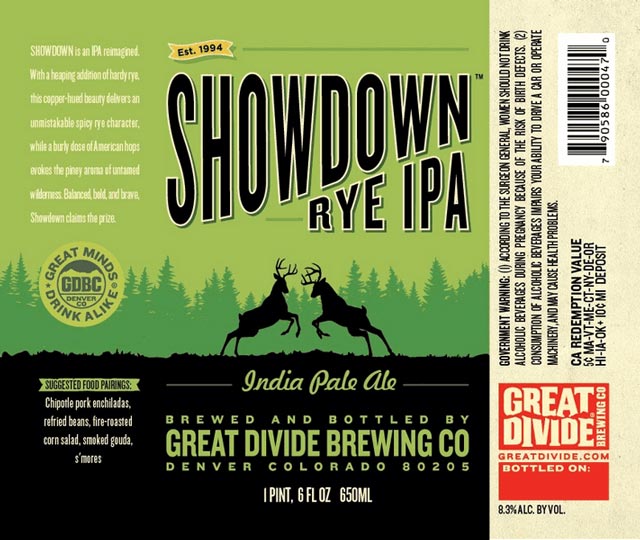 After a successful 2013 debut, Heyday White Ale will land on shelves in a brand new season this year. Available July through September, instead of its previous second quarter release, this highly refreshing Belgian-style white ale is geared up to pair perfectly with late summer’s warmer temperatures. Brewed with barley, oats, and raw wheat, Heyday is uniquely flavorful for such an easy-drinking ale. At 5.2% ABV, this exceptionally pleasant Belgian-style ale will be available in 6-packs and 5 and 15-gallon kegs. 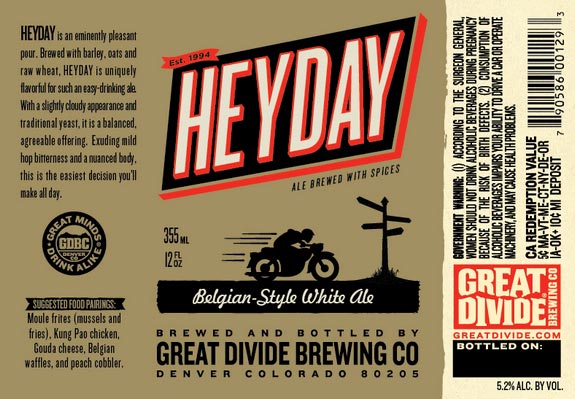 Oatmeal Yeti Imperial Stout, the newest member of Great Divide’s storied Yeti family, sees its re-release and is primed to be yet another perennial favorite. Much like its legendary predecessors, this Yeti is big, bold and dark. The addition of rolled oats softens Yeti’s notoriously roasty backbone, while a small amount of raisins added in the brew kettle creates a unique, complementary dark fruit character. Just as admired as those that came before it, Oatmeal Yeti Imperial Stout is a gentle beast. At 9.5% ABV, it will be available in 22oz bottles and 5-gallon kegs. 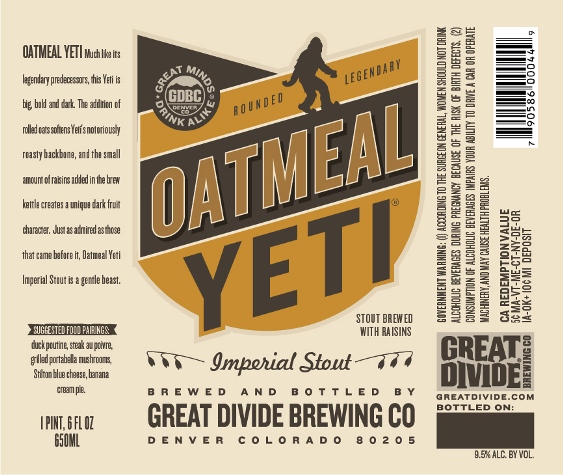 Additionally, all three beers will be available for purchase in their natural habitat – the Great Divide Brewing Company Tap Room – for on-site tasting and 64-ounce growlers to go.

Great Divide brews some of the globe’s most balanced yet assertive and flavorful beers. These beers have landed an impressive amount of acclaim, earning 18 Great American Beer Festival medals and 5 World Beer Cup awards. Named “Top Brewer In Colorado” by Ratebeer.com (2013), 12th on their list of “Best Brewers In The World” (2013) and 7th on BeerAdvocate’s “All-Time Top Breweries On Planet Earth” (2010), Great Divide is one of America’s most decorated breweries. But why take their word for it? Crack open a bottle and decide for yourself.