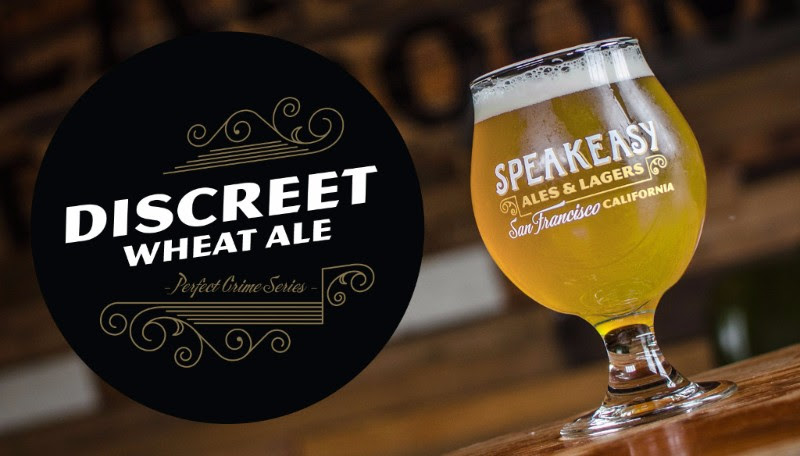 Discreet Wheat Ale may appear reserved, but don’t be deceived. Straw in color with a hazy appearance, this American-style Wheat beer is armed with a special weapon. Calypso, Amarillo, and Mosaic hops have been combined with lemongrass herb to deliver doses of grapefruit, lemon, pine, grass, and mango. Discreet Wheat Ale is moderately bitter at 42 IBUs, has a dry finish, and is 5.7% alcohol by volume.

According to Nash, “I designed the recipe to be simple and chose high quality ingredients, letting different flavors speak for themselves. I also wanted to include a unique ingredient. My girlfriend Pilar, who is very knowledgeable about herbs, suggested adding lemongrass to give the brew an extra kick of citrus and grassy flavors.”

Discreet Wheat Ale will be a very limited draft only release. The beer will be served for the first time during the Discreet Wheat Release Party, January 24th, at Speakeasy’s Tap Room in conjunction with SF Beer Week. It will then be distributed throughout the San Francisco Bay Area. The Perfect Crime Series will continue with more special small batch releases during 2016.

About Speakeasy Ales & Lagers
In 1997 a wily band of bootleggers led by homebrewer Forest Gray were inspired to bring their exceptional brews from the underground to the masses, defiantly producing small batches of beer in a secret warehouse in San Francisco. Starting with a single, iconic beer, Prohibition Ale, Speakeasy now brews a wide array of acclaimed beers including Big Daddy IPA, Payback Porter, Double Daddy, Scarface Imperial Stout and many more, which are distributed across the entire West Coast and other major U.S. markets.