(Torrance, CA) — Smog City Brewing Co. is extremely excited to announce that we will be launching 12oz 6-pack bottles of our core lineup starting May 7th, 2018. Little Bo Pils, Smog City IPA, Sabre-Toothed Squirrel and Coffee Porter will all be available at the launch with additional seasonals later in the year. 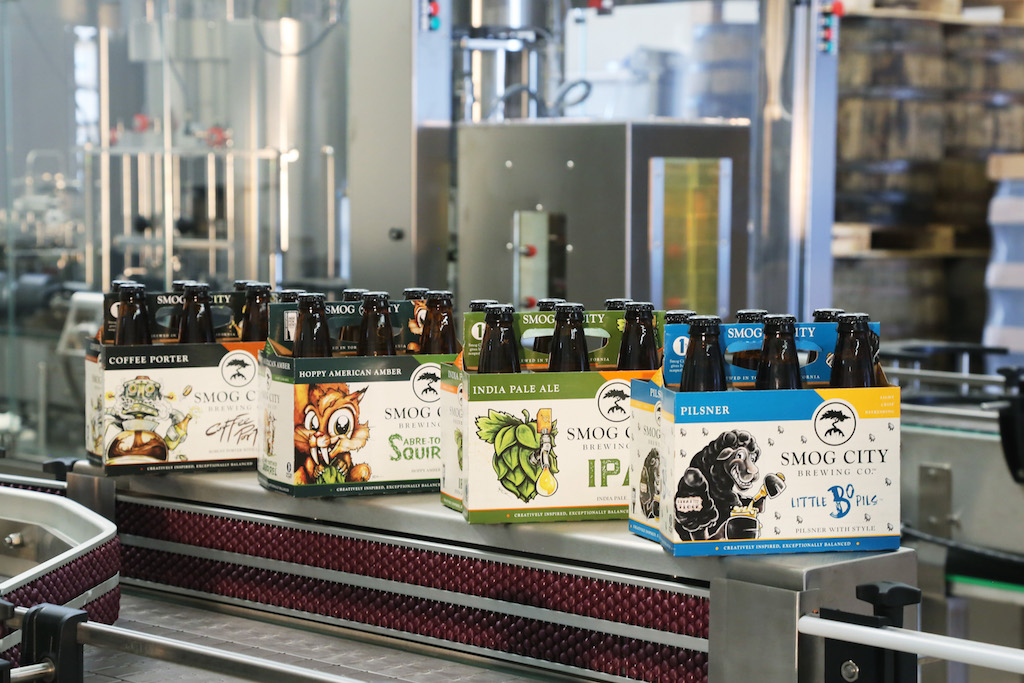 Laurie-“Seeing Little Bo Pils and Smog City IPA is a huge turning point for Smog City! Finally our fans can have these delicious beers in their fridge all of the time and pick them up a local retailers or in our taprooms.”

Established in 2011, Smog City Brewing Co. is a brewer owned and operated craft brewery in Torrance, CA. Devoted to producing creatively inspired and exceptionally balanced beers; each a celebration of whimsy and independence because to be normal is just that. So join us in embracing Different and enjoy our vast array of quirky quality beers.