Smog City Brewing Is Ramping Up For Summer 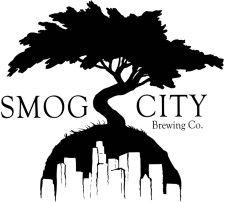 Torrance, CA – It may only be the middle of April, but living in Southern California has the distinct advantage of letting us start summer early! And what better way to celebrate than with your favorite Smog City beers! We know you like to plan ahead so we wanted to give you a preview of some things happening in the coming weeks to make sure you don’t miss out on anything.

Grape Ape IPA
Smog City’s popular wine-beer hybrid IPA makes its return soon to the taproom and your favorite local accounts. This version was brewed with Semillon and Muscat grape varietals, and hopped with Topaz, Mosaic and Cascade. Keep your eyes open for the official announcement next week.

Kumquat Saison Release
Partnering with Food Forward, Smog City has crafted a full-sized production batch of Kumquat Saison. This creatively inspired beer is light and refreshing, yet tart and fruity. Always a fan favorite. Limited bottles will be available and on draft in the taproom while supplies last. Release scheduled for April 25th in the taproom.

Smog City Anniversary Party!
Celebrating 2 years in our Torrance location crafting exceptionally balanced beers, Smog City invites everyone to come out and grab a beer with us and other Smog City fans on May 9th. The VIP tickets are sold out, BUT we will be open to the public starting at 1pm and will be pouring until 8pm.

LA Beer Week
Smack in the middle of June, this celebration of all things Los Angeles Craft Beer starts on June 20th with the Opening Gala (tickets on sale HERE) and continues for a week. Packed full of can’t miss events, stay tuned so you don’t miss out on all the fun.

And so much more…