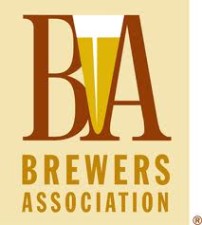 Boulder, CO – With the 113th Congress underway, the Brewers Association (BA)—the not-for-profit trade group representing the majority of U.S. brewing companies—announced the reintroduction of H.R. 494, the Small Brewer Reinvestment and Expanding Workforce Act (Small BREW Act) in the House of Representatives. The bipartisan legislation, which was reintroduced by Representatives Jim Gerlach (R-Pa.) and Richard E. Neal (D-Mass.), seeks to recalibrate the federal beer excise tax that small brewers pay on every barrel of beer they produce.

Under current federal law, brewers making less than 2 million barrels annually pay $7 per barrel on the first 60,000 barrels they brew, and $18 per barrel on every barrel thereafter. The Small BREW Act would create a new rate structure that reflects the evolution of the craft brewing industry. The rate for the smallest brewers and brewpubs would be $3.50 on the first 60,000 barrels. For production between 60,001 and 2 million barrels the rate would be $16.00 per barrel. Any brewer that exceeds 2 million barrels (about 1 percent of the U.S. beer market) would begin paying the full $18 rate. Breweries with an annual production of 6 million barrels or less would qualify for these tax rates.

“Small brewers are small business owners and this bipartisan legislation would allow them to remain competitive, protect existing jobs and create new employment opportunities in communities throughout Pennsylvania and the country,” said Congressman Jim Gerlach, co-chairman of the House Small Brewers Caucus. “More than 100 small and craft brewers in Pennsylvania provide jobs, produce world-class products and are active community partners. I look forward to working with my colleagues in the House on passing this legislation and providing a boost to all small brewers.”

“I have been a consistent and enthusiastic supporter of America’s craft brewers for many years. These innovative small businesses employ thousands of people across the country. They are independent entrepreneurs who are passionate about the product they make. In western Massachusetts alone, there are scores of proprietors creating great brews with locally produced ingredients,” said Congressman Richard E. Neal. “As a senior member of the Ways and Means Committee, I am pleased to introduce this bipartisan legislation that will help the growing small brewing industry.”

“There are few industries with more size disparity than the American beer business. There are 2,500 small breweries who together account for only six percent of the U.S. beer business,” said Rob Martin, president, Ipswich Ale Brewery and Massachusetts Brewers Guild. “Massachusetts Congressman Richard Neal understands the struggles craft brewers face because of this, and he has championed our effort to help level the playing field a little by supporting an equitable federal excise tax bill. He is keenly aware that craft brewers are looking to grow their small businesses and will create thousands of good jobs across the country if this legislation passes. As president of the Massachusetts Brewers Guild, I know I speak for all small brewers when I applaud Congressman Neal’s effort.”

Nationally, small and independent brewers employ over 100,000 full- and part-time employees and generate more than $3 billion in wages and benefits and pay more than $2.3 billion in business, personal and consumption taxes.

Consumer demand for the bold and innovative beers brewed by America’s small brewers has grown significantly in recent years. However, because of differences in economies of scale, small brewers have higher costs for production, raw materials, packaging and market entry compared to larger, well-established multi-national competitors. Furthermore, efforts to increase state taxes for all brewers continue to threaten jobs and their economic stability.

Adjusting the tax rate would provide small brewers with an additional $60 million per year that would be used to support significant long-term investments in tanks and other equipment and create jobs by growing their businesses on a regional or national scale. Congress has not recalibrated the excise tax on small brewers since 1976. At that time, there were about 30 small brewers. Today, there are over 2,000.
“America’s small brewers are part of a vibrant, growing industry, and really are Main Street manufacturers,” added Bob Pease, chief operating officer, Brewers Association. “The Small BREW Act will help America’s small brewers invest in and grow their businesses—an important part of economic reinvigoration. We look forward to working with the new Congress on the passage of this legislation, which will have a positive impact on agricultural, manufacturing, hospitality and distribution jobs for the future.”

About the Brewers Association
The Brewers Association is the not-for-profit trade association dedicated to small and independent American brewers, their craft beers and the community of brewing enthusiasts. The Brewers Association (BA) represents more than 70 percent of the brewing industry, and its members make more than 99 percent of the beer brewed in the U.S. The BA organizes events including the World Beer Cup®, Great American Beer Festival®, Craft Brewers Conference & BrewExpo America®, SAVOR℠: An American Craft Beer & Food Experience and American Craft Beer Week®. The BA publishes The New Brewer magazine and its Brewers Publications division is the largest publisher of contemporary and relevant brewing literature for today’s craft brewers and homebrewers.