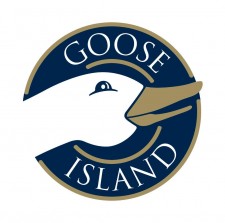 In a phased national launch, four Goose Island beers are now available on draught, with bottles coming to consumers nationally this spring

Chicago, IL – As a craft beer trailblazer, Goose Island is introducing four of its beers to consumers throughout the nation, showcasing the company’s brewing creativity and innovation.

“As a native Chicago line of brands, the national launch will bring one of the Windy City’s most acclaimed creations to consumers across the country,” said Andy Goeler, Goose Island CEO and president. “Throughout the craft segment, Goose Island’s beers are recognized, respected and loved, maintaining a passionate and knowledgeable fan base over many decades.”

To meet increasing demand from the national launch, 312 Urban Wheat Ale, Honker’s Ale, IPA and the seasonal offerings will be produced at Anheuser-Busch breweries in Fort Collins, Colo. and Baldwinsville, N.Y. Led by Goose Island brewmaster Brett Porter, Goose Island brewers will oversee the production of all the beers at the new facilities.

“We’re beyond excited to bring 312 Urban Wheat Ale, Honker’s Ale, IPA and our seasonal beers to consumers across the country,” said Porter. “At the same time, the original Chicago brewery is increasing capacity for barrel aging, and expanding availability of high-end, experimental and specialty beers like Bourbon County Brand Stout, Sofie and Matilda. Now, more beer lovers will be able to regularly enjoy Goose Island products that showcase our brewing quality, imagination and skill.”

While more consumers will now be able to enjoy Goose Island beers, full availability may vary by city, state or region.

Fans of Goose Island who are 21 years old or older can find more information and retailers near them at www.gooseisland.com – @GooseIsland – facebook.

About Goose Island
Founded in Chicago in 1988, Goose Island is one of the most successful craft breweries in the Midwest and produces some of the most popular, and award winning, beers in the U.S. Since 1989, Goose Island beers have won a variety of awards at acclaimed beer events including the World Beer Championships, World Beer Cup, World Expo of Beer and the Great American Beer Festival (GABF). At GABF in 2012, Goose Island IPA won Gold in the English-style India Pale Ale category.