(DENVER, CO) — Sleeping Giant, the first dedicated contract brewing company in the Western United States, announced today a new partnership with Boulder Beer Company that keeps Boulder beers in distribution without interruption. Sleeping Giant will be manufacturing Boulder’s brands and taking over distribution and marketing of the Boulder-based institution’s beers in the marketplace. 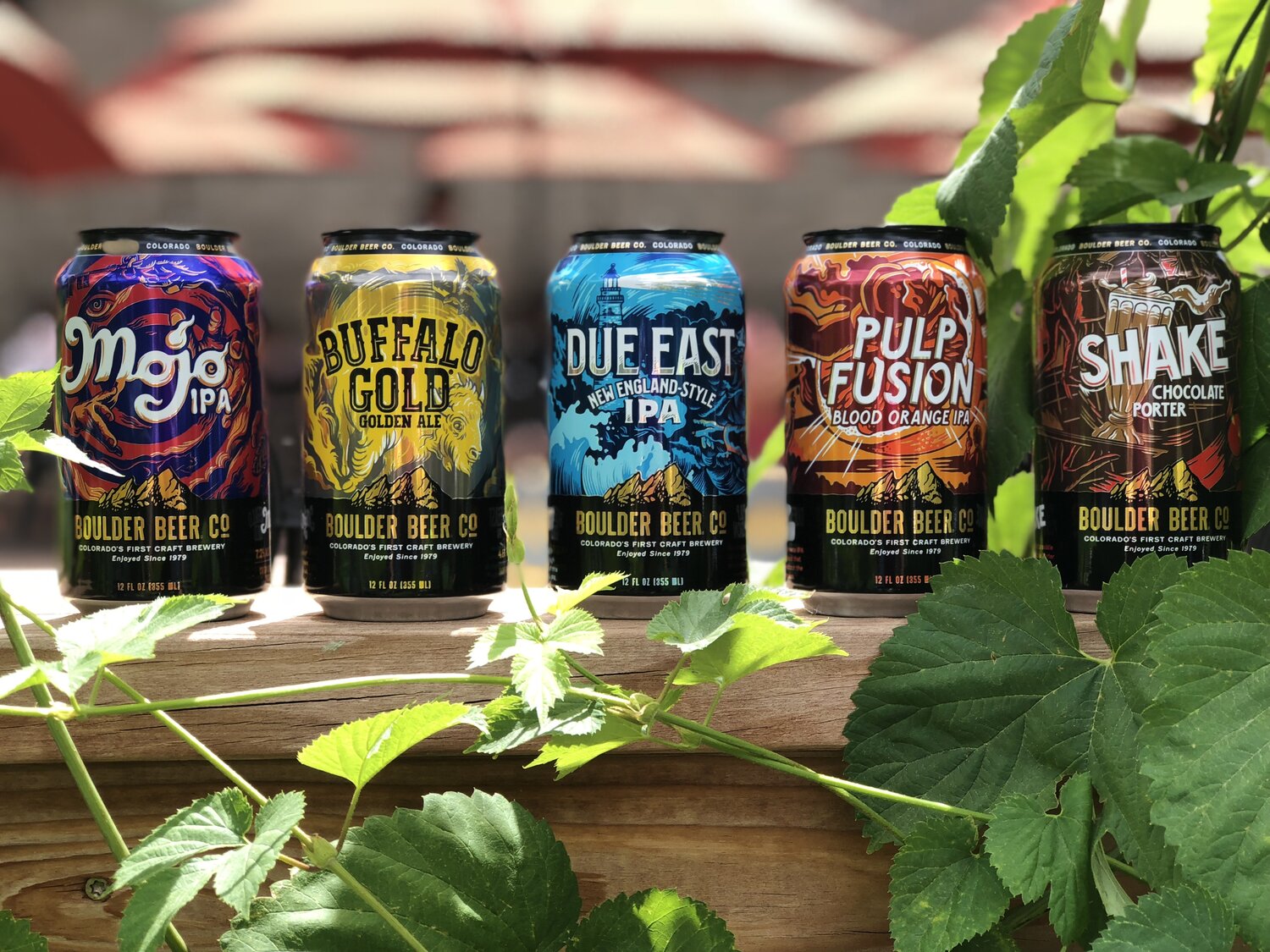 This news comes after Boulder Beer’s announcement in October 2019 to discontinue its widespread distribution and operate solely as a brewpub. This is still Boulder’s plan, with the new addition of Sleeping Giant as a manufacturing, sales, and marketing partner. Sleeping Giant approached Boulder after this announcement to discuss possibilities, and the two breweries quickly worked together to keep Boulder’s brands on shelves.

Going forward, Boulder Beer Shake, Mojo, Buffalo Gold, Hazed & Infused, Spaceman, and Due East will be brewed and packaged at Sleeping Giant, where state-of-the-art lab and brewing equipment will ensure the quality and consistency of Boulder’s brands and this 40-year-old namesake of Colorado beer.

“This is an exciting time for Boulder Beer,” says Gina Day, Boulder Beer Company Owner. “We are thrilled to have the brand continue its legacy and to continue to supply our loyal customers through retail markets.”

“For Sleeping Giant, this partnership was an amazing opportunity on multiple levels,” adds Matthew Osterman, President & Founder of Sleeping Giant. “We couldn’t be more proud to work with such an iconic brand, the first craft brewery in Colorado. Further, our new relationship will allow Sleeping Giant to better understand the distribution, sales, and marketing side of the business. Developing this expertise will allow us to assist our contract brewing clients, and provide yet another value-add service to our portfolio.

For more information about this new partnership between Sleeping Giant and Boulder Beer Company, contact Emily Hutto at [email protected]

Sleeping Giant is the first dedicated contract brewing company in the Western United States. Catering to the craft beer community, Sleeping Giant offers a cutting-edge QA/QC program, approachable brew lengths, a variety of packaging options, and personalized customer service that sets it apart. Since the company was founded in 2015, it has supported the brewing and packaging needs of dozens of breweries across the country and grown to be Colorado’s fourth largest independent craft brewery. Sleeping Giant made the 2019 INC 500 list and was also named a Colorado Companies to Watch this year. Learn more at sleepinggiant.com.

Founded in 1979, Boulder Beer Company has been a pioneer in the craft brewing industry for 40 years. From their early days brewing in “The Goatshed” north of Boulder, to brewing and packaging for a regional audience out of their European-style brewhouse on Wilderness Place, to their recent move to scale down and focus on their brewpub operation, to now partnering with their friends at Sleeping Giant to keep the brands alive at the retail level, Boulder Beer’s passion for innovation and sustainability has seen them to their milestone 40th Anniversary and will continue their legacy in Boulder and the craft beer industry for years to come. For more information on Boulder Beer Company, contact Tess McFadden at [email protected] and follow @BoulderBeerCo on Facebook, Instagram and Twitter.