(Milton, DE) – Since the day its doors opened nearly 25 years ago, Dogfish Head Craft Brewery has prided itself on creating innovative, well-differentiated beers and spirits. In 2020, it is doubling down on its off-beat approach to liquid artistry with plans to release more than 160 unique products. From the brewery’s lineup of regional and national beers and scratch-made distilled spirits, to the ever-expanding list of exclusive libations available only at its coastal Delaware properties, Dogfish drinkers both near and far can eagerly anticipate the New Year to be chock full of off-centered goodness. 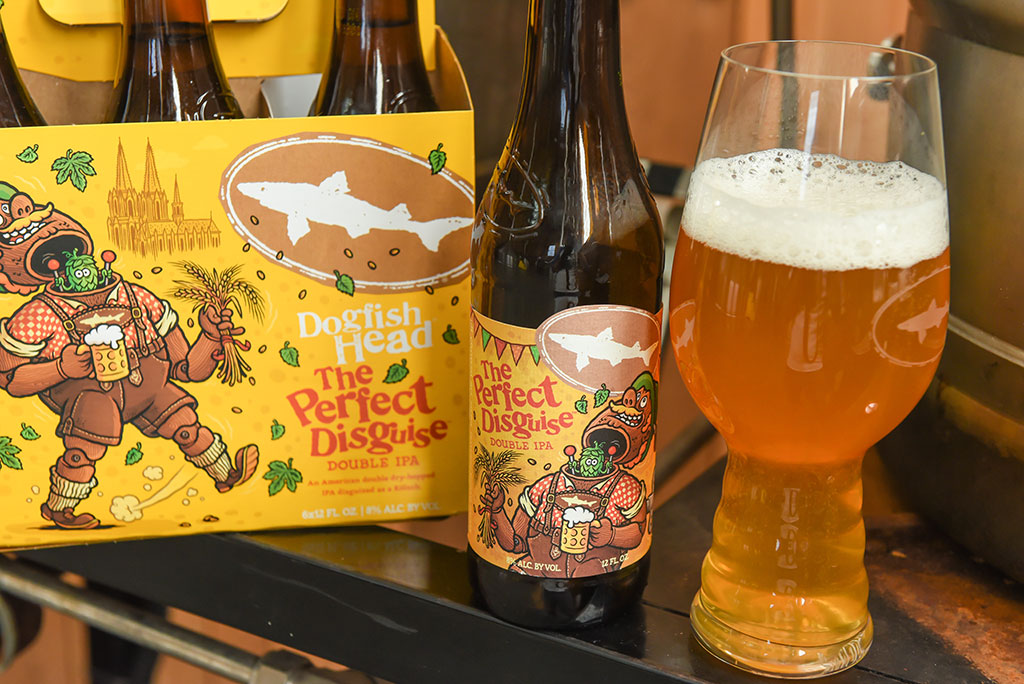 “The announcement of our yearly lineup of releases is always one of my favorite moments of the year, especially since it includes so many creative and still-to-be invented offerings,” said Sam Calagione, founder of Dogfish Head. “While our calendar of nationally-distributed brands is ready to roll, many of our regional and local releases remain in ideation. This allows our talented brewers and distillers, and me, the flexibility to quickly consider whims, hunches, artistic trends and the following of our collective muse to inform our creative journey.”

Curious, off-centered people can visit www.dogfish.com for information about all Dogfish Head’s upcoming releases. Locally, folks can expect a variety of limited-edition, 750ml bottles from the brewery’s R&DFH Series for purchase at its production facility in Milton, Delaware, as well as an abundance of draft-only beers for enjoyment at the brewery’s Milton Tasting Room & Kitchen and Rehoboth Beach Brewpub. Additionally, throughout the Mid-Atlantic, the brewery will distribute a selection of small-batch, 375ml bottles from its ‘Wooden … it be nice!’ wild beer program. Last, but far from least, beer lovers from coast to coast will see the following products on both taps and shelves.

To celebrate the creation and release of American Beauty Hazy Ripple IPA, David Lemieux, archivist and legacy manager for the Grateful Dead, will host a beer dinner at Dogfish Head Brewings & Eats in Rehoboth on Friday, February 28. For details and information regarding ticket sales, email [email protected].

For Dogfish Head’s 2019-2020 Off-Centered Art Series, the brewery partnered with world-renowned artist and illustrator Dan Stiles to develop innovative, new label artwork for four of its offbeat brews. 75 Minute IPA, the first beer in the 2019-2020 lineup, was released in October 2019. The remaining beers in the 2019-2020 Off-Centered Art Series – The Perfect Disguise, Sun-Day-Feels and Punkin Ale – will drop throughout 2020.

Campfire Amplifier will be the first beer released from the brewery’s 2020-2021 Off-Centered Art Series next fall. Collaborating artist TBD.

Dogfish Head has proudly been focused on brewing beers with culinary ingredients outside the Reinheitsgebot since the day it opened as the smallest American craft brewery 24 years ago. Dogfish Head has grown into a top-20 craft brewery and has won numerous awards throughout the years including Wine Enthusiast’s 2015 Brewery of the Year and the James Beard Foundation Award for 2017 Outstanding Wine, Spirits, or Beer Professional. It is a 350+ co-worker company based in Delaware, with Dogfish Head Brewings & Eats, an off-centered brewpub and distillery, Chesapeake & Maine, a geographically-enamored seafood restaurant, Dogfish Inn, a beer-themed inn on the harbor and Dogfish Head Craft Brewery a production brewery and distillery featuring the Tasting Room & Kitchen and Dogfish Head Distilling Co. Dogfish Head supports the Independent Craft Brewing Seal, the definitive icon for American craft breweries to identify themselves to be independently-owned and carries the torch of transparency, brewing innovation and the freedom of choice originally forged by brewing community pioneers. Dogfish Head currently sells beer in 45 states and Washington D.C. For more information, visit www.dogfish.com, Facebook: @dogfishheadbeer, Twitter: @dogfishbeer, and Instagram: @dogfishhead.