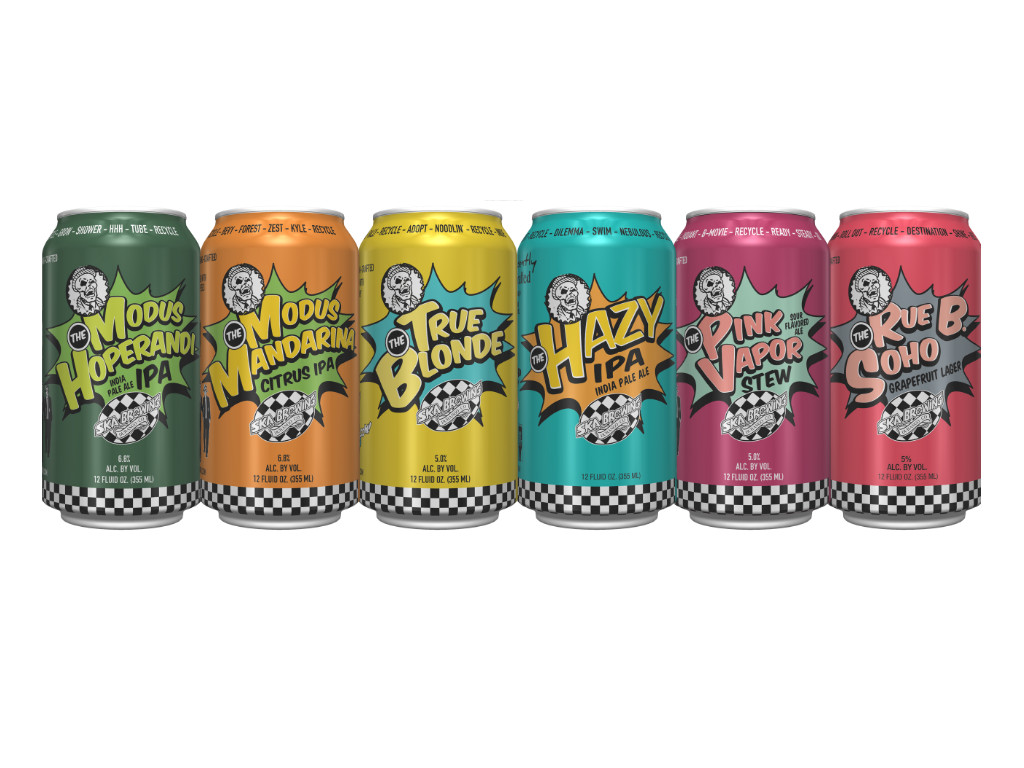 Since Ska Brewing launched its brand 25 years ago, the comic book has always represented the company’s core values and mission. The company slogan characters brewing beers with character has come to life on Ska’s packaged brands, each can representing a different snippet of that original comic book story… until The Hazy IPA came along.

When Ska debuted its first hazy beer in a can in 2019, they designed the artwork without a character or a punny name associated with the beer style as they have other year-round brands. Instead the artwork pops with bold colors and Ska’s trademark checkerboard stripe— a nod to the 2 Tone wave of Ska music— that wraps the can. These comic book elements ultimately inspired Ska’s entire can refresh, and can also be found on the design of Ska’s new canned seltzer line.

Consistent with much of Ska’s other branding, the signature checkerboard stripe is included on each new can. While new cans will not feature characters from comic books, they will retain classic comic book elements such as the blamo and bold colors to really stand out on shelves. The new look will help provide a consistent and recognizable look across Ska’s family of brands.

“We’ll never “rebrand” altogether because we feel branding is an evolution,” says Ska Brewing co-founder and CEO Dave Thibodeau. “We’ve been changing our brand since day one, but we’ll never stray too far from what it means to be Ska.”

ABOUT SKA BREWINGBased in Durango, Colorado, Ska Brewing was founded in 1995 and produces more than a dozen award- winning beers fueled with Ska music, and lots of it. Pioneers in the canned craft beer movement, Ska Brewing is known for an array of styles in 12 oz cans that include Mexican Logger, Modus Hoperandi, and Rue B. Soho. For information (a lot of it), more music, and a good time, visit www.skabrewing.com.