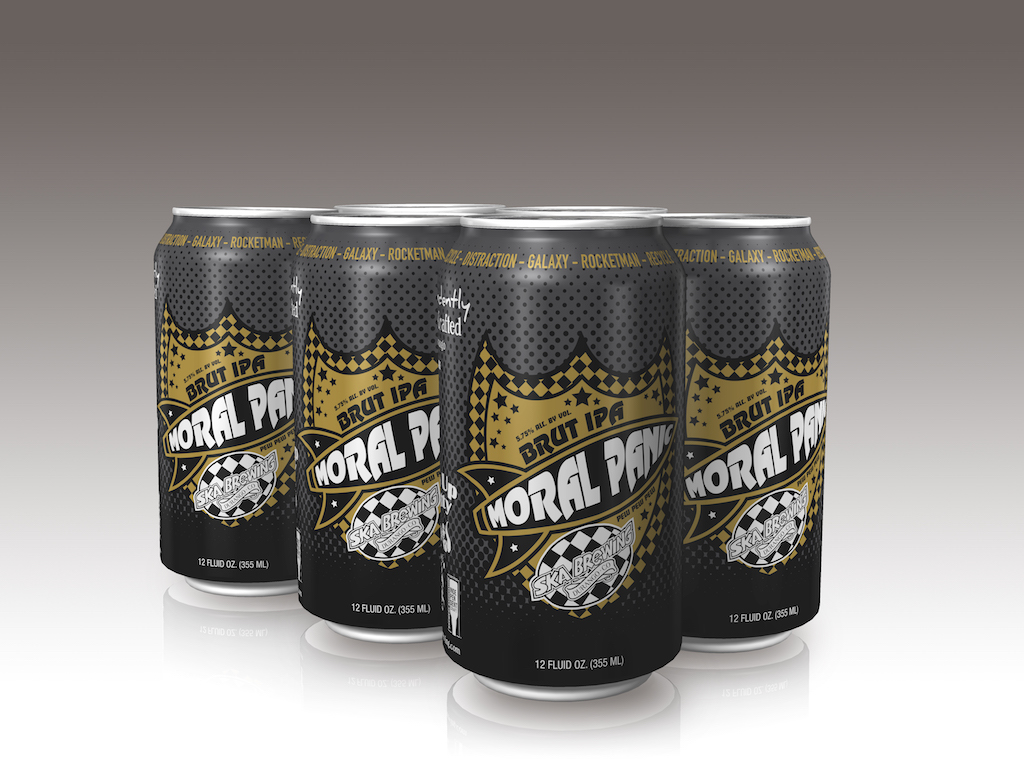 “In sociology, moral panic is the process of arousing social concern over an issue, legitimate or not,” Thibodeau says. “On one hand we may be referring to Mods & Rockers, Satanism or Dungeons & Dragons, or the Haze craze — no matter what comes of the Brut IPA style, we certainly are enjoying drinking it right now.”

Over its 23 years in business Thibodeau and crew have witnessed its evolution and ultimate subcategorization. “We’re excited about this emerging Brut category because these beers are everything we love about IPA without any lingering bitterness, which makes them super approachable.”

Ska’s Moral Panic is no exception. Galaxy and Citra hops give it a tropical nose, and at only 5.7 percent ABV, this beer is one of the lower ABV Bruts on the market. As the producer of one of the country’s original canned IPAs, Modus Hoperandi, Ska has long been an IPA house committed to crafting many different styles of India Pale Ale that you can always find on tap at the brewery’s Durango World Headquarters.

Ska’s brewers developed the Brut IPA recipe on their Mod pilot system, and they are excited to elevate it to a larger-scale, packaged brew. This is Ska’s first year-round packaged beer to hit all its markets since the release of Rue B. Soho. It might just be Colorado’s first year-round canned Brut IPA, too.

Based in Durango, Colorado, Ska Brewing was founded in 1995 and produces more than a dozen award-winning beers fueled with Ska music, and lots of it. Pioneers in the canned craft beer movement, Ska Brewing is known for an array of styles in 12 oz cans that include Modus Hoperandi (which will celebrate its first decade on the planet in summer of 2019), Modus Mandarina, and Decadent Double IPA. For information (a lot of it), more music, and a good time, visit skabrewing.com.