(Durango, CO) – It’s hard to top the first year of Ska Brewing’s Oktoberfest, with wins at prestigious beer competitions across the globe. Nevertheless cans of this world-class German-Style Lager return to Ska’s World Headquarters for the season on Friday, August 2. 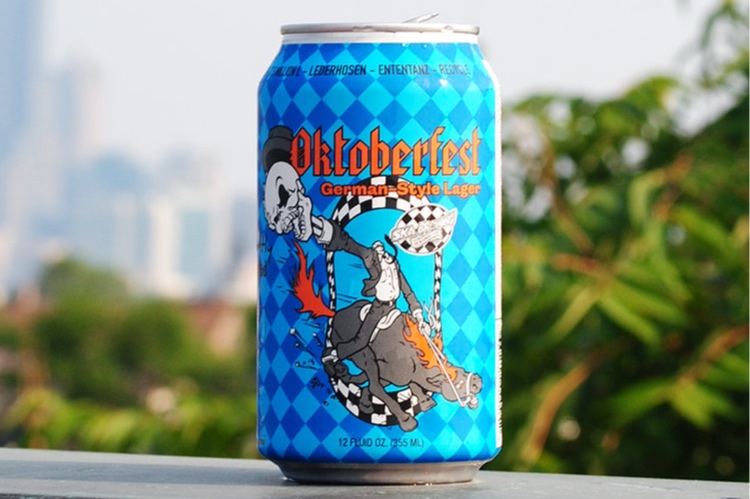 Ska brewed and canned a small batch of this craft lager for the first time in 2018, and it sold out in record time— well before Oktoberfest season was over. That first batch was honored with gold at the European Beer Star in the Vienna-Style Lager Category, silver at the Stockholm Beer & Whiskey Festival, and a gold medal at the Great American Beer Festival® in the Vienna-Style Lager category. “It’s an honor to receive these international recognitions as they’re a testament to the all-German ingredients we use, and the care that we take for our lagers,” says Ska Brewing Sales & Marketing Director Kristen Muraro.

This year Ska brewed just a bit more Oktoberfest, hoping that the unfortunate souls who didn’t get to try it last year might have more luck this time around. Oktoberfest will tap at Ska’s World Headquarters on Friday, August 2 at 5pm. The Container Restaurant will serve house-made Bavarian style soft pretzels with beer mustard, and pints of the beer will cost $4. Oktoberfest will be available in canned 6-packs across Ska’s distribution footprint while supplies last.

About Ska Brewing
Based in Durango, Colorado, Ska Brewing was founded in 1995 and now produces over a dozen medal-winning beers including the Pinstripe Red Ale, True Blonde Ale and Steel Toe Stout. Ska was the second brewery in the U.S. to can its craft beers, and nine Ska beers are now widely available in cans: Modus Hoperandi IPA, ESB Special Ale, True Blonde Ale, four Seasonal Stouts and the summer and winter seasonals Mexican Logger and Euphoria Pale Ale.