(Denver, CO) – Epic Brewing is excited to announce the release of their new Double Dry Hopped Hazy India Pale Ale, Chasing Ghosts, as the first 16 ounce can offering from the brewery. Chasing Ghosts has quickly caught the attention of IPA drinkers on draught and in 22 oz bombers in limited releases over the past several weeks. The 16 oz. cans will be available in all states that Epic is distributed in as well as their Denver Taproom, as well as through special order with the Utah Department of Alcoholic Beverage Control. The label features a western scene design one might encounter in Colorado or Utah and starts shipping to distribution in early August. 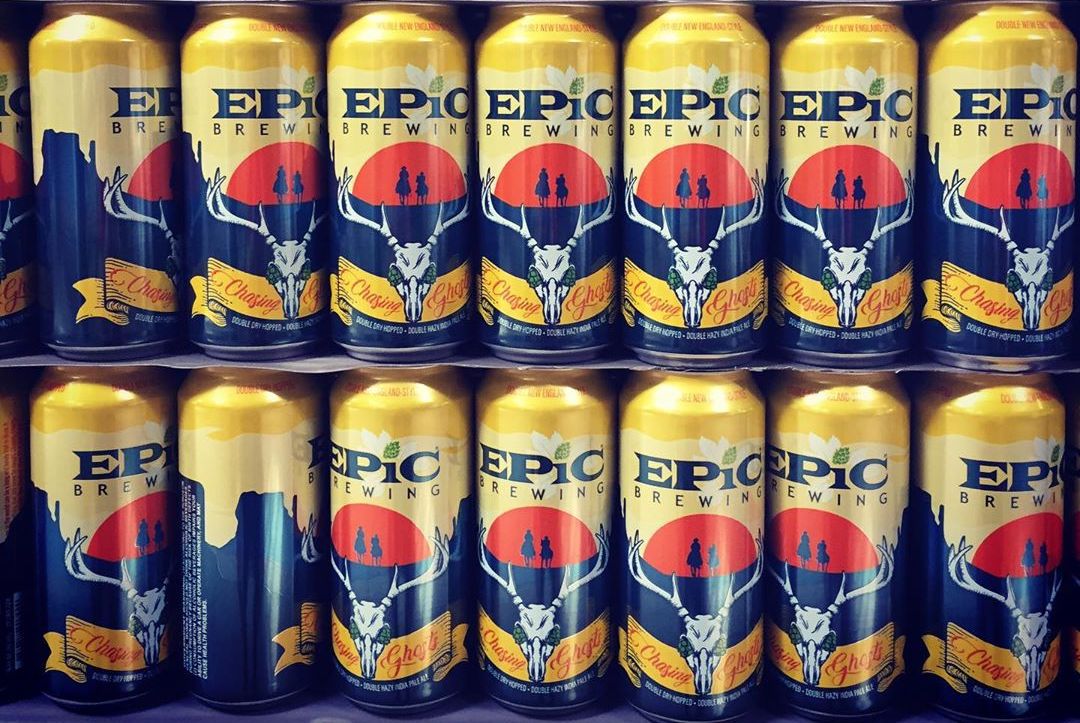 Chasing Ghosts is a Double Hazy, New England Style Double IPA with a full-bodied fruit flavor, brewed with Pilsner Malt from Germany, American two row malt and flaked oats. The beer is double-dry hopped, jam-packed with the Citra and Cashmere thrown in the fermenter twice to extract abundant aromatics out of the hops themselves. The Double IPA maximizes the amount of fruitiness with just the right amount of haze you’ve come to expect from an IPA without sacrificing drinkability. Jordan Schupbach, Brewing Operations Director, says he “sure felt like I’ve been chasing ghosts trying to get the hop profile just right for this beer. At 10% ABV, this beer is big but delightfully deceiving with it’s soft, fluffy mouth feel. Cashmere hops, which I have really enjoying working with lately, compliment this perfectly and bring a lot of fruit to the table.”

Dave Cole, cofounder and drinker of all types of IPA’s said, “The chase is over, with full-on fruity flavors and the smoothness Epic is known for in big ABV beers, you’ll get everything you want out of this double IPA. This is one ghost you will want to catch and be happy you did!”