(Brooklyn, NY) – As part of Sixpoint’s ongoing commitment to innovation and continuous improvement, the Mad Scientists have developed a first-of-its-kind native mobile app. The app will enable Sixpoint customers to purchase beer directly from the brewery. On September 30th, the gates to their Red Hook, BKLYN courtyard will swing open for the inaugural direct release of canned small-batch offerings. Sixpoint will be releasing L il’ Raspy Raspberry Berliner Weisse and their Toppen-ish IPA — an installment of the Farm to Pint Series . Both releases will be in six packs of Sixpoint’s proprietary 12 ounce sleek can format. 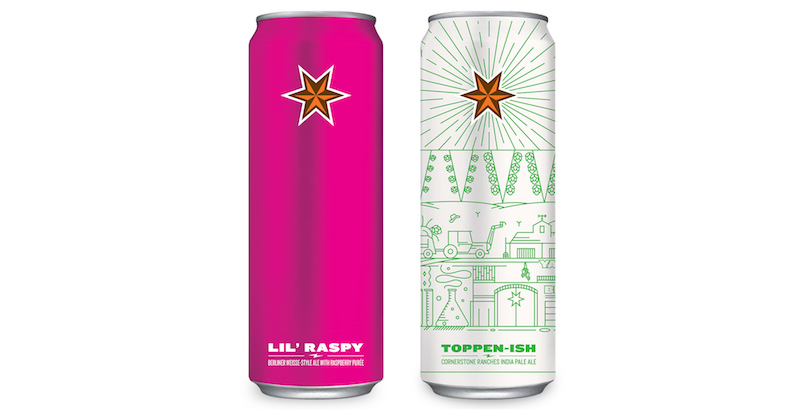 This inaugural release will take place in the week leading up to the pickup date through a closed beta version of the app that beer fans can sign up for at sixpoint.com/beta . The beta will go live on September 22nd, and the first beers will go on sale through the app on Monday, September 25 at 12pm EST. There will be no walk up sales at the brewery, as all sales of the inaugural canned beer release will take place through the app. However, crowlers for on-site purchase and samples of other beer innovations will be available.

Toppen-ish is an unfiltered IPA from Sixpoint’s Farm to Pint series, a rotating series in which Sixpoint highlights individual hop farms, terroir, and relationships with elite hop growers. Toppen-ish is named after the town in Yakima Valley, Washington, where Graham Gamache’s hop farm, Cornerstone Ranches, is located.

Then there’s Lil’ Raspy, a hot pink Berliner Weisse brewed with over 200 lbs of raspberries per 20 barrel batch. It’s a quenching beer with a big raspberry aroma, smooth body and tart finish. With each case purchase, fans will receive a 12oz bottle of Raspy Sauce. The sauce is a riff on the traditional German Berliner Weiss raspberry sauce, which was used to sweeten up very sour beer. The Sixpoint sauce is a “Mad Scientist twist”, with both raspberries and jalapeños, and was created in partnership with The Jam Stand.

“We can now look back and clearly see there were certain moments that altered the course of brewing forever — the discovery of yeast, the invention of pasteurization, the development of the automobile, etc. Flash forward to 2017, and Sixpoint has devised a way to directly link the brewery to its customers from the palm of their hand,” said Shane C. Welch, Founder and Chief Visionary at Sixpoint. “For generations, breweries and their supply chain were shrouded in mystery – the process and the entire ecosystem was kept out of the public eye, and the actual product was just something that appeared on the shelf or on tap alongside a marketing message. We’ve changed all of that with our mobile app, as we have directly linked our customers with our great suppliers, the formulation process, and the product itself. We’re the conduit.”

The app links the customer directly to the brewer and farmer, but also seeks to improve on the process of buying beer direct:

“Competition is driving breweries to innovate with beer styles, adjuncts, and new recipes to stand out, but very few are finding ways to change the experience,” said Max Nevins, Vice President of Marketing at Sixpoint. “There’s so much potential out there and the way the industry operates is still archaic. We’re just starting to scratch the surface.” 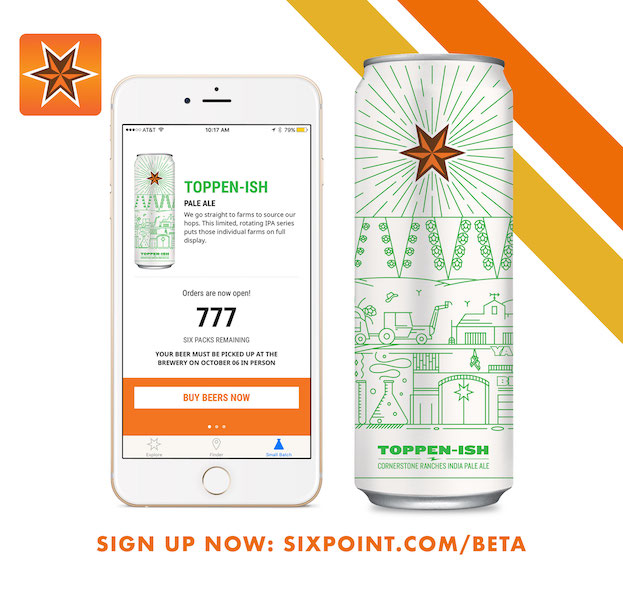 Signing up now also gets you access to a pipeline of new formulation and features , and anything you do now will be carried over to future versions of the Sixpoint App experience.

“This is the first step into a larger world,” said Chris Sterbank, Tech Guru at Sixpoint, who has managed the development of Sixpoint’s mobile app in partnership with P osse, a NYC-based digital product design and development studio, over the last several years. “The App is a gateway into the Sixpoint ecosystem and begins your experience with us. By making an account, we can start to tailor your experience to what you care about: delicious beer.”

About Sixpoint Brewery: Sixpoint was born out of an 800-square-foot garage in Brooklyn, New York City, in 2004 by award-winning homebrewer-turned-professional Shane Welch, who had amassed over 1,000 individual homebrew recipes. The brewery’s name is derived from the ancient six-pointed brewers’ star, which had symbolically adorned the walls and equipment of ancient breweries since at least the Medieval period. Sixpoint’s motto is “Beer is Culture,” to highlight the human trajectory — the earliest human civilizations were founded upon the cultivation of cereal grains for making beer. Sixpoint aims to perpetually inspire the art, creativity and collaboration generated through beer by acknowledging the history of the craft, while forging ahead to inspire culture in a modern setting.

About Posse: Posse is a digital product design and development studio headquartered in New York, NY. Posse works with fan-centric brands and startups, such as Hamilton, The Rock, Jet.com, Sixpoint, and George Takei to create beautiful, engaging, and successful digital experiences. More information can be found at www.goposse.com .