(Chico, CA) – Sierra Nevada is excited to announce its new rare beer club, the Alpha Hop Society. This club offers access to limited-release, barrel-aged beers unavailable anywhere else. The Alpha Hop Society is a way for craft beer fans to sample experimental beers with volumes too small ever to make it to the general marketplace—previously available only at exclusive brewery festivals. 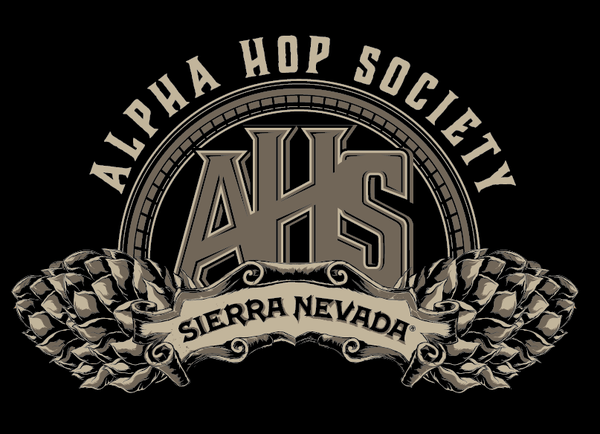 Alpha Hop Society is a year-long membership program featuring 12 all-new beers released on a quarterly basis. Members will pick up their beer from one of three Sierra Nevada locations: its Chico, CA, brewery; its Mills River, NC, brewery; or its Torpedo Room in Berkeley, CA. Alpha Hop Society members are also entitled to special tours and tastings with brewers and sampling of new, unreleased, and experimental beers-in-progress. Membership will be limited to just 300 people on a first come, first served basis.

“We’re constantly experimenting with new beers and new flavors and, until now, we never had an outlet for these beers,” said Ken Grossman, Sierra Nevada’s founder. “Our barrel rooms are full of single-barrel batches, odd lots, and other unique projects that would never make sense for a larger release. The Alpha Hop Society is the perfect way to showcase these exciting beers, and help get our experimental and innovative projects out into the world.”

All 12 beers are brand-new creations brewed, blended, and bottled specifically for Alpha Hops. We’ll choose AHS beers quarterly and hand bottle them in time for release.

All beers will be extremely limited production runs of 350 bottles or fewer and only available as part of the AHS program. AHS members can influence what we make in the future. If one beer is a favorite, we may re-release it to a wider audience in the future.