(Mills River, NC) – Following up on their wildly successful first collaboration beer “Oktoberfest” in fall 2019, Sierra Nevada and Bitburger Brewery, producer of Germany’s #1 draft beer, are embarking on their next project together for release in March. 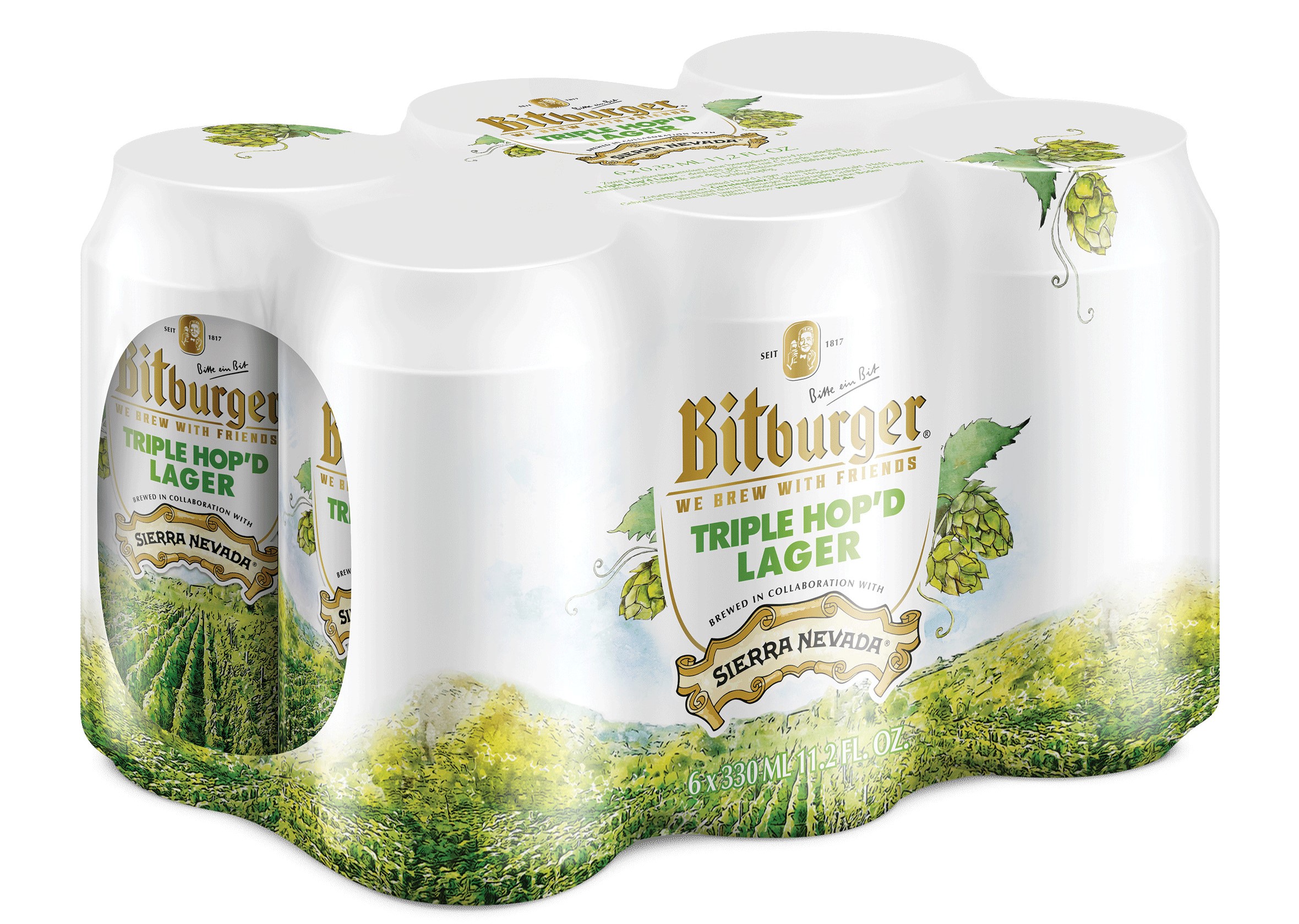 In May 2019, Bitburger’s member of the managing board and 7th generation co-owner, Jan Niewodniczanski, as well as brewmasters, Stefan Meyna and Stefan Hanke, traveled to Sierra Nevada’s North Carolina brewery to join Sierra Nevada’s brewmaster, Scott Jennings, as well as owners, Ken and Brian Grossman, to create an Oktoberfest style beer. The beer used Bitburger’s house yeast strain (the first time the yeast has ever traveled outside of the brewery!) and proprietary hop blend, ‘Siegelhopfen’, to create a delicious Festbier that received rave reviews. Based on the demand for further collaboration, Bitburger invited their friends from Sierra Nevada to join them in their historic home to continue the partnership.

“We’re extremely excited to have the opportunity to bring the second collaborative offering between these two iconic breweries to the U.S. market”, said Phil Clarke, president of St. Killian Importing Company. “We feel that it’s a true example of Bitburger’s ability to connect with U.S. consumers and further build upon its reputation as one of the most respected German breweries.”

“After our successful collaboration last year, we knew that we wanted to partner again with Sierra Nevada,” said Dr. Stefan Meyna, brewmaster at Bitburger. “Our brewing philosophies, commitment to using quality materials and keeping our loyal customers at the forefront are completely in sync. After our wonderful experience at Sierra Nevada in Mills River, North Carolina, it was only natural that we returned the hospitality and welcomed them to brew our next beer in Bitburg, Germany.”

In December 2019, Sierra Nevada’s Brian Grossman and Scott Jennings traveled to Bitburg, Germany to brew the next collaboration beer at the Bitburger brewery. This second collaboration, Triple Hop’d Lager, is due to release in 11.2 ounce six pack cans, 11.2 ounce 24 loose cans, and draft in March 2020. This collaboration beer is highlighted by a combination of American hops, Cascade, Centennial, and Chinook, paired together with ‘Siegelhopfen’ – Bitburger’s proprietary and unique hop blend that’s sourced from a farm just a few minutes from the brewery! Unique to this one-time brew, the same farm provided the Cascade hops that lends Triple Hop’d Lager its desirable floral and citrus/grapefruit profile. Jointly, the American and German hops shape the unique and exciting profile of a very enjoyable 5.8% ABV beer. This one-time limited offering, in addition to the “perfect pilsner”, Bitburger Premium Pils, will be available in selected global markets, including the United States.

“It was a privilege for us to work with the Bitburger brewers on the Festbier collaboration, and to be able to work out a second project with the Triple Hop’d Lager is the icing on the cake. We’re proud to have the opportunity to brew together in the beautiful Bitburger brewery and meet the team there, and we’re very excited about the project and the beer itself,” said Scott Jennings, Sierra Nevada brewmaster.

Though physically 4,300 miles apart, these two breweries are of like mind when it comes to the passion of brewing beer. Both breweries enjoy a long family run history and are constantly seeking to develop in innovative ways. The art of brewing has been passed onto generation after generation, and both are committed to using first-class hops, the purest brewing water, choice malts and the best yeast while executing their craft. Sierra Nevada even uses a hand-crafted German brew kettle that Ken Grossman, founder of Sierra Nevada, bought in Germany and reassembled in Chico California 1984. With this shared understanding, the two brewing teams met up, shared their many years of experience, intense passion for brewing and their love for the finest ingredients to brew their second distinctive beer together.

Bitburger is one of the most important privately-owned breweries in Germany. The company’s success over the past 200 years has been the result of its uncompromising commitment to highest quality, courage for technical innovations and dedicated employees. Furthermore, as a family-owned company in the seventh generation, Bitburger has always been very active in its home region. It goes without saying that a careful use of natural resources as well as the protection of the environment and climate have never been taken for granted.

Inspired by frequent trips to the Sierra Nevada mountain range, Ken Grossman founded Sierra Nevada Brewing Co. in 1980. Highly regarded for using only the finest quality ingredients, Sierra Nevada has set the standard for craft brewers worldwide with innovations in the brewhouse and in its sustainability efforts. The pioneering spirit that launched Sierra Nevada now spans both coasts with breweries in Chico, California and Mills River, North Carolina. Sierra Nevada continues to honor its mountain heritage through day-to-day sustainability efforts and programs like Pale Ale for Trails. The brewery is famous for its extensive line of beers including Pale Ale, Hazy Little Thing®, Torpedo®, Tropical Torpedo® and a host of seasonal, specialty and limited release beers.