(ATLANTA, GA) – Scofflaw Brewing Company is introducing new cans for its flagship unfiltered IPAs featuring a small but growing herd of goats. Each of the brewery’s four regularly distributed beers will have a unique portrait of a billy goat reflecting each beer’s distinctive character and the independent attitude at Scofflaw, where beers were first created in an underground brewery. 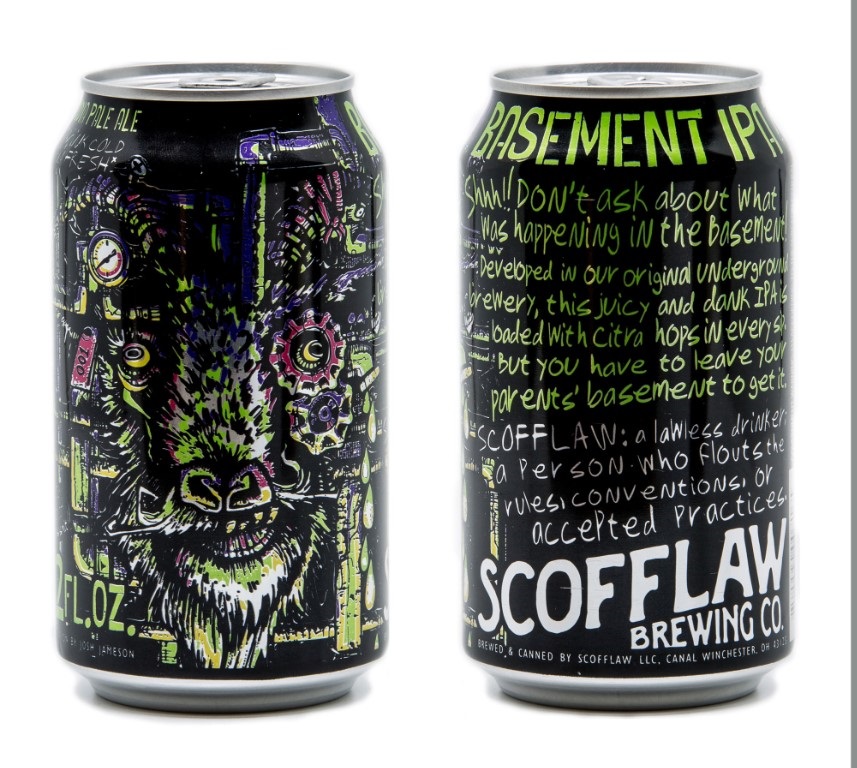 The first batch of the new Basement and POG Basement IPA cans are being distributed this week into the Georgia market, including new cardboard containers for six-packs. Cans of the signature Hooligan and Double Jeopardy IPAs will follow as Scofflaw begins rolling out increased distribution of packaged beer in Georgia. 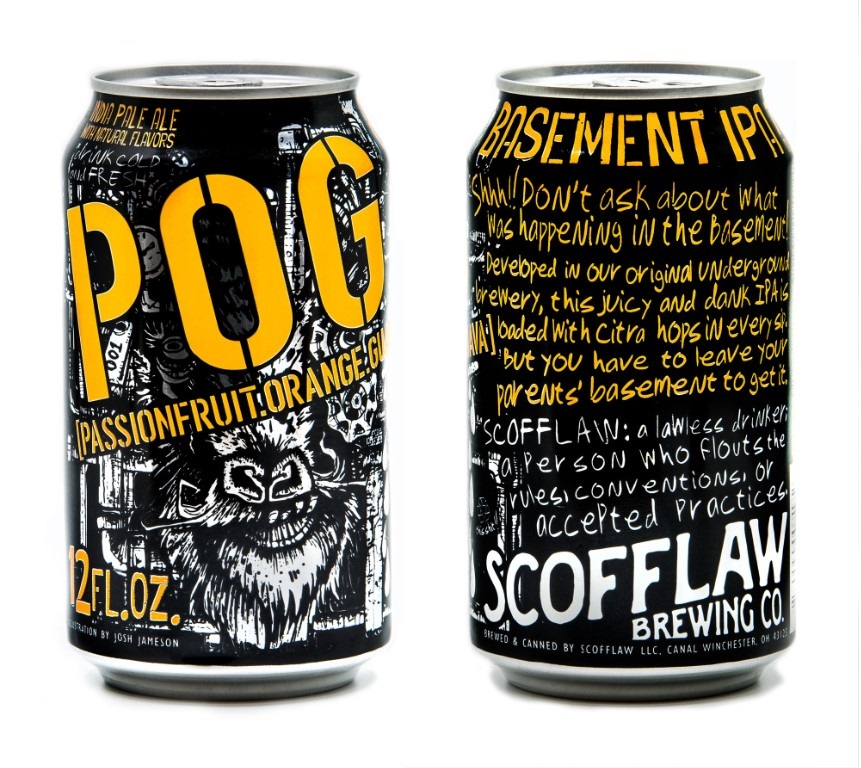 Scofflaw spearheaded the introduction of unfiltered IPAs into Atlanta and Georgia at a time when the style was not fully accepted or understood. But the rebellious Scofflaw IPAs have resonated with Georgia drinkers, enabling the brewery to achieve meteoric growth. It will soon expand to 30,000 barrels per year capacity in less than two years since the launch by President Matt Shirah and Brewmaster Travis Herman in August of 2016.

Artist Josh Jameson’s illustrations reflect the independent character of billy goats and their rebelliousness — consistent with the disruptive nature of Scofflaw’s high ABV, hazy beers featuring citrusy, juicy hops. In addition to bold flavor smoothly delivered in each sip, the beers come with a real kick.

Known in Atlanta for his craft beer chalkboards, Jameson first created the goat characters for T-shirts and the brewery’s chalk board. He is making his initial foray into can design. “The question always comes up about what truly sells beer off the shelf?” said Jameson. “It seemed to me that flavor trends and package design work simultaneously.”

The portrait for best-selling Basement IPA and its ultimate expression of Citra hops reflects a slightly crazed creative struggle, harkening back to the origins of Scofflaw on a homebrew system in the basement of Shirah’s mother-in-law. The new POG Basement can is highlighted by “in your face” day-glow orange lettering for a fruited IPA that bristles with citrus flavor.

The new cans will have the bold and visible definition of a scofflaw, a term which originated during Prohibition: “SCOFFLAW — a lawless drinker; a person who flouts the rules, conventions, or accepted practices.”

The art cans are being brewed and packaged by Scofflaw LLC at BrewDog USA under a one-year partnership with internationally recognized BrewDog’s new brewery in Canal Winchester, Ohio. Including kegged beer, the partnership with BrewDog will enable Scofflaw to continue meeting customer demand in Georgia while capacity at its brewery in the Bolton neighborhood of Westside Atlanta is expanded. The transition to a new brewhouse already constructed by BrewFab in St. Petersburg, Fla., is scheduled for April. The installation of the 50-barrel brewhouse and additional fermentation tanks will double Scofflaw’s capacity at its Westside location from 16,500 barrels to 30,000 barrels annually. BrewDog USA will continue canning Scofflaw beers throughout the one-year agreement.

About Scofflaw Brewing Co. – www.scofflawbeer.com
Co-founded by Matt Shirah and Brewmaster Travis Herman, who developed beers on a system of five one-barrel fermentation tanks in the basement of the home of Shirah’s mother-in-law, Scofflaw opened in August of 2016. It has been named by BeerAdvocate, Paste Magazine, USA Today, Craft Beer & Brewing and RateBeer.com as one of the best new breweries in America. Follow Scofflaw on Facebook, Instagram and on Twitter @ScofflawBrewing.