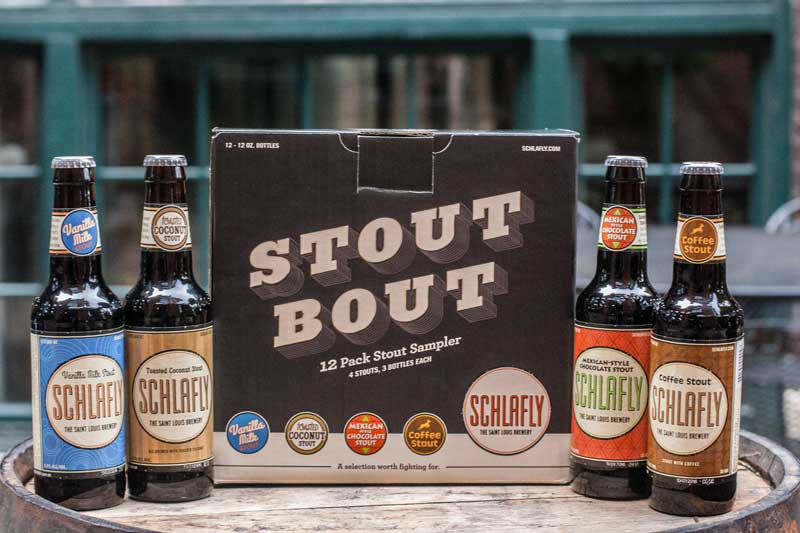 White Lager and the new experimental stouts share a commonality–all of the beers were developed as part of the brewery’s Small Brews program, a weekly experimental brewing day at the Bottleworks location on a 20-gallon Pilotworks system.

Ambassador Brewer Stephen Hale explains, “Through our Small Brews program, we experiment with a recipe and try out different variations until we feel that we have a winner. We then test the beers out on our consumers either in our brewpubs or at our signature events. For example, White Lager first debuted at our HOP in the City Festival, whereas these stouts were part of a tasting sampler at our Stout & Oyster Festival in March. Great feedback cues the potential for a larger market roll-out.”

For more about the beers:

White Lager: The German-style Zwicklebier offers an unfiltered twist on traditional lagers. The style dates back to the Middle Ages with a noticeably hazy, golden hue, hint of orange zest, and silky finish. Recognized by Joshua Bernstein for Eater as “your new thirst-quencher,” White Lager offers an easy-drinking beer with 25 IBUs and a strong malt backbone of Europils and wheat. White Lager presents the drinker a smooth and zesty full-flavored beer that clocks in at 5.5% ABV, a welcome departure from the higher-alcohol winter warmers inundating the market this time of year.

About Schlafly Beer: Founded in 1991 in St. Louis, Schlafly Beer is the largest locally owned and independent craft brewery in Missouri, proudly offering more than 60 unique styles of craft beer. The celebrated brewing company continues to define craft with a dedication to sourcing the best ingredients, supporting local sustainability and community efforts whenever possible, and delivering a superior beer experience from year-round to limited-edition styles. In 2016, the brewery plans to use 102 hop varietals, 77 malts and grains, 59 different spices and fruits, and 10 different yeast strains to make its beers. Schlafly Beer’s production of 60,000 barrels of beer took place between its two brewery-restaurants, Schlafly Tap Room (2100 Locust St.) in downtown St. Louis, and Schlafly Bottleworks (7260 Southwest Ave.), located in Maplewood. The Schlafly Tap Room was the first new brewpub to open in St. Louis since Prohibition and is housed in a restored wood and brick building on the National Historic Register. Schlafly Bottleworks offers free weekend tours every Friday, Saturday, and Sunday from 12-5 p.m. on the hour, and every half hour on Saturdays. Schlafly Tap Room offers free brewery tours every Sunday. For a full listing of Schlafly Beers and for more information on distribution, visit www.schlafly.com. Find Schlafly Beer on Facebook, Instagram, and Twitter.