(ST. Louis, MO) – Schlafly Beer, the largest, locally owned and independent craft brewery in Missouri, welcomes the return of an old friend: Pilsner. When the Saint Louis Brewery™ opened the doors of the Tap Room in 1991, Pilsner was one of the original draught offerings. With clean styles back in favor amongst craft beer drinkers, Schlafly’s golden, crisp lager offers an approachable option with high drinkability. One of the original styles of The Saint Louis Brewery ™ returns as a new seasonal offering 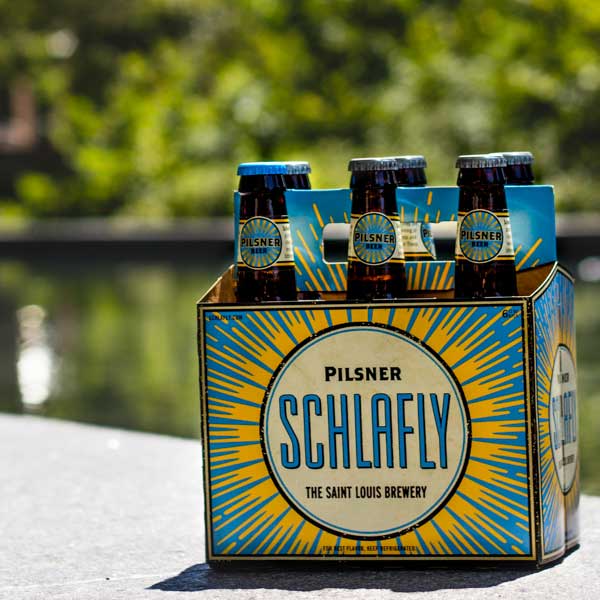 Founding Brewer Stephen Hale explains, “We continue to innovate by brewing over 60 styles of beer from barrel-aged offerings to sours, but our focus has always been to brew true-to-style, traditional beers. Pilsner hits that mark. I could drink this beer every day. Heck, PLSNER is even our Founder Tom Schlafly’s license plate! It’s a smooth and balanced beer – everything a German lager should be.”

Schlafly Pilsner (5.0 ABV / 30 IBUs) is the brewers’ take on a traditional lager–light-golden in color with an invigorating freshness and rich in hop aroma without being too bitter. Schlafly uses Magnum and Tettnang hops, varieties from Germany that bring both floral notes and a definitive earthiness. The Lublin hop, traditionally used in lagers, rounds out the medium-bodied malt character, and the noble Hallertau lends a hint of spice.

Schlafly Pilsner will be available for purchase for a suggested retail price of $8.99 across Schlafly’s distribution area. It can be purchased in bottled six-packs and growlers or on draft at the Bottleworks or Tap Room locations.

About Schlafly Beer: Founded in 1991 in St. Louis, Schlafly Beer is the largest locally owned and independent craft brewery in Missouri, proudly offering more than 60 unique styles of craft beer. The celebrated brewing company continues to define craft with a dedication to sourcing the best ingredients, supporting local sustainability and community efforts whenever possible, and delivering a superior beer experience from year-round to limited-edition styles. In 2016, the brewery plans to use 102 hop varietals, 77 malts and grains, 59 different spices and fruits, and 10 different yeast strains to make its beers. Schlafly Beer’s production of 60,000 barrels of beer took place between its two brewery-restaurants, Schlafly Tap Room (2100 Locust St.) in downtown St. Louis, and Schlafly Bottleworks (7260 Southwest Ave.), located in Maplewood. The Schlafly Tap Room was the first new brewpub to open in St. Louis since Prohibition and is housed in a restored wood and brick building on the National Historic Register. Schlafly Bottleworks offers free weekend tours every Friday, Saturday, and Sunday from 12-5 p.m. on the hour, and every half hour on Saturdays. Schlafly Tap Room offers free brewery tours every Sunday.