(REDLANDS, CA) – Those slightly cooler nights and early mornings are not a figment of your imagination, it is a sign that fall is around the corner, and so is the release of Hangar 24 Craft Brewery’s Oktoberfest Fall Lager. This well-received seasonal offering will make its first appearance at the Hangar 24 Tap Room in Redlands, and the Hangar 24 Lake Havasu City Brewery & Grill, on Saturday (Aug. 26) then find its way onto store shelves next week. 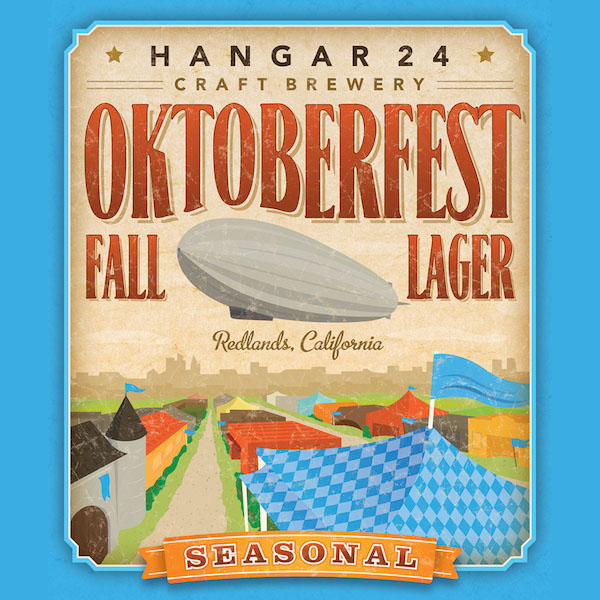 An homage to the finest brewing practices of Germany, this amber lager is brewed in Reinheitsgebot tradition, using imported German malt, German hops and a German lager yeast strain. The floral and citrus hints blend nicely with aromas of toasted bread and pretzels. This clean and balanced offering retains a malty backbone with a touch of earthy hops that will make you feel as if you are in Munich, and will inspire you to stand and sing “Ein Prosit!”