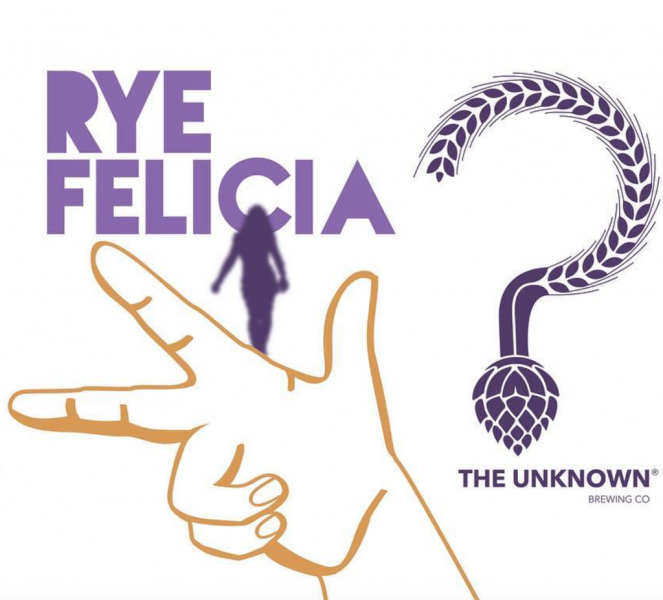 Inspired by the coined phrase “Bye, Felicia” from the 1995 comedy film Friday, Rye Felicia takes a fun twist on the typical IPA. Brewed with hazy juice drops, this beer is fermented with a blend of ale yeast and Brett Drie, then dried with an aromatic variety of hops.

“Friday is such a hilarious movie from back in the day,” said Brad Shell, Founder and Owner of The Unknown Brewing Company. “Over the past couple years, Ice Cube’s line “Bye, Felicia” has become such a catchphrase that we thought it was the perfect name for a beer that’s in your face like Felicia.”

Rye Felicia adds one more IPA to The Unknown Brewing Company’s 2017 beer release list. In addition to Over The Edge, their flagship American IPA, The Unknown is releasing three other IPAs this year, Scratch ‘N Sniff (out now), Let’s Get Tropical and Sneaky Penguin.

To try Rye Felicia, visit The Unknown Brewing Company at 1327 South Mint Street in Charlotte, NC. The brewery will be screening the movie Friday at their release party on April 28 from 4p-10p; and as a nod to the film, there will be an ice cream truck at the event. For more details on the taproom release, visit The Unknown’s event page on Facebook. In addition to The Unknown’s taproom, Rye Felicia will be available in 12-oz. cans throughout North Carolina, South Carolina and Georgia.