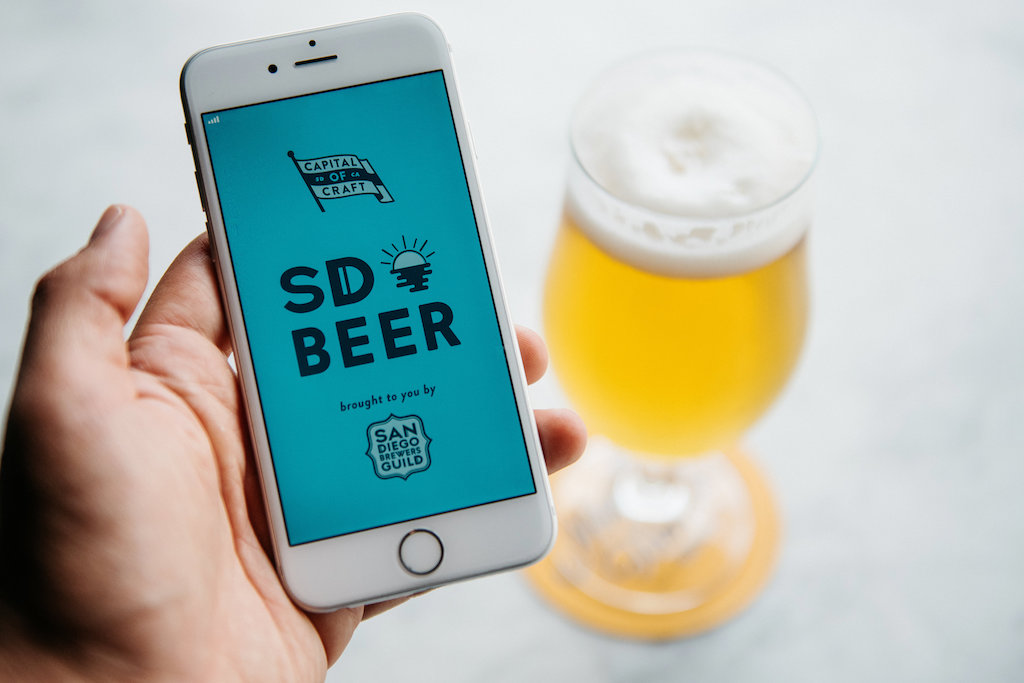 A panel of 293 industry professionals from 13 countries, blind-tasted and judged 8,864 beers. The coveted gold, silver and bronze medals were awarded to beers that best represented each category. Since the first GABF in 1982, San Diego independent breweries have won 216 medals, with 73 gold, 69 silver, and 74 bronze. With the additional hardware earned this year, the ‘Capital of Craft’ now holds an impressive total of 232 medals, with 5 more gold, 6 more silver and 5 more bronze.

“The San Diego Brewers Guild is proud to see both respected industry veterans and young breweries take home medals,” said Paul Sangster, San Diego Brewers Guild president and co-founder of Rip Current Brewing. “Congrats to Ocean Beach Brewery on winning Small Brewery/Brewpub of the Year. This year’s Great American Beer Festival featured a lineup of more than 8,800 beers from thousands of national breweries, making it the largest in GABF history. Bringing home medals year-after-year really solidifies San Diego as a top craft beer destination and we couldn’t be more amped about what this means for our members.”

Founded in 2016, the rising stars from Ocean Beach Brewery were named Small Brewery/Brewpub of Year. This impressive accomplishment further showcases the talent found in the ‘Capital of Craft’ and highlights an up-and-coming San Diego brewery as a true stand-out amongst the rest.

Additionally, Pizza Port Ocean Beach Brewpub was awarded second place for its Double Bagger—a 9.2% double IPA aggressively hopped with Mosaic, Citra and Denali hops—in the Alpha King Challenge. The IPA-centric competition is hosted in conjunction with GABF festivities by Yakima Chief Hops, which is limited to 150 entries and judged by a team of brewers, industry experts and veteran beer writers.

“A huge congratulations to all of our brewery members who took home medals at this year’s GABF,” said Paige McWey, Executive Director of the San Diego Brewers Guild. “It’s because of their talent and commitment to high-quality brewing that San Diego is able to claim the title ‘Capital of Craft.’ Cheers, and we look forward to celebrating more medals in the years that follow.”

Thanks to the winnings from the 2018 Great American Beer Festival, San Diego continues to earn respect and national recognition for its independent craft beer community. For more information about the San Diego Brewers Guild, its brewery and affiliate members, as well as upcoming events, visit sdbeer.com. Mark your calendars: San Diego Beer Week is taking place Nov. 2-11, 2018. Download and use the SD Beer app to navigate all that San Diego’s craft breweries, tasting rooms, bars and restaurants have to offer.

About the San Diego Brewers Guild
Founded in 1997 by a group of brewers dedicated to the growth of craft beer, the San Diego Brewers Guild is a nonprofit 501(c)(6) organization comprised of allied brewery members, tradespeople, and various goods and services providers. Since its founding, the Guild’s mission is to promote awareness of local, independently brewed beer via education, events and community involvement. San Diego (aka The ‘Capital of Craft™’) is home to more than 130 independent craft breweries and continuously garners attention for its medal-winning beer styles and positive international reputation. For more information about the San Diego Brewers Guild and its members, visit sdbeer.com or follow @SDBrewers on Twitter,Instagram and Facebook.

About the Great American Beer Festival
The Great American Beer Festival is the premier U.S. beer festival and competition. Each year, GABF represents the largest collection of U.S. beer vendors in a public tasting event and a private competition. GABF brings together the brewers and diverse beers that make the U.S. the world’s greatest brewing nation. GABF was founded in 1982 and has been growing and evolving along with the American craft brewing industry ever since. For more information about GABF, visit greatamericanbeerfestival.com.